That's an even easier question than the "Best Gen" question. The 90s have the 4th and the 5th Generation. That alone is easily enough, but then if you also add everything that came out on PC in that age, it's a massacre. No other decade even comes to half of the greatness that is the 90s.

Nothing tops the 90's

The usual argument leveled against the 90s is that it's "just nostalgia" that makes it so popular, but I don't think that really holds up, since if that was the case, we'd surely see a lot more votes for the 80s.

It simply was the best.

It got the best from 4th and 5th gens, which means the the best 2D stuff from Sega and Nintendo and the best and most RPGs ever.

And not only JRPGs which I'm completely biased for, it had both the best JRPG (LoD) and the best WRPG (Diablo) ever.

The only downside from the 90s is that Disgaea only started after it, aside of that its perfection.

No wonder 90s Remakes are so freaking sought for.

To me 80s is easily the weakest decade (and Master System is pure love to me, also being my childhood system), 2010s was great and 2000s awesome.

Yeah unless count the 70s, I consider the 80s the weakest decade too.

A lot of pioneering work was done then, but as a result I feel games from this era mostly feel very rough and unrefined in terms of gameplay and are generally a frustrating chore to play today. 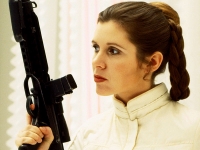 PC Engine 1987, PC Engine CD-Rom 1988, TurboGrafx-CD 1989.  Sega Mega Drive 1988.  You have a strange idea of when the 90's began.  I know many of the games came out after the start of 1990, but by that logic the Dreamcast is a 2000's system.  I do agree though that the first half of the 90's was a powerhouse time for video games with 2D graphics reaching their peak beauty before being killed a generation too soon by the Playstation and polygons.  Those early 3D games haven't aged well at all, for the most part, and really don't look good until the Dreamcast and games like DoA.  I should be happy that my favorite game, Castlevania: Symphony of the Night was somehow allowed to be released in 97 on the PSX.

And as far as the 80's go, you have to look to the arcades to really get what was special about that decade.  I think I'm older than many here and was a young one during the Pac-Man era.  You just had to be there at the time, the arcades were amazing in a way that is hard to imagine even by the late 80's.  The arcades had mostly shut down or faded to pale shadows of their former glory by 86 and I mostly played games from that point on at convenience stores or bowling alleys.  Another thing, if you play early 80's games emulated on LCD screens and with a gamepad you will almost always be disappointed.  Many early games have unique controls and are super frustrating and not fun without them.  Also these early games look much better on true raster monitors, but look lousy on LCD displays.  Scan line filters help, but these filters are still a long way from how they look on a CRT and tend to dim the image, when the CRT had better contrast and brightness than most modern LCD's.

I will say that there were some awesome arcade titles in the 90's, CPS 1 games, Metal Slug and many others.  And the arcade games did seem to have a 2nd hayday with the explosion of Street Fighter 2 and Mortal Kombat.  Too bad the arcades faded away for good as the 90's passed.

They didn't hit their stride til the 90s. 90s when they hit their peak. I didn't say they came out in the 90s. Rest of that post is tldr

I'm sorry.  I should have used smaller words.

And is edgy with a star wars avatar. So cool.