I finished 7-8 2DD-QF2-8QG and 7-9 JYT-003-6DF I am close to finished and I already have enough levels for a second course world. I wish there was a way to get a second or third one by having enough likes as a possible option.

New course uploaded this weekend and updated to OP.  This was a simple idea for a hockey game that I fully fleshed out into a "loose interpretation" of Blades of Steel for inclusion in my "Returns" Series since Blade of Steel was my favorite hockey game on NES. I spent some time tweaking this one until I got the mechanics to work just the way I wanted them to. I had some fun with it and hope you will too.

Description: Grab a helmet from the locker room and hit the ice for a Sudden Death OT game of hockey. Be the first to score and win it all. But be warned, the tension is so high that if the opposing teams scores, it will surely trigger a bench-clearing brawl!

Also, while adding this course to the OP, I updated all previous courses stats and added World Record holders (for the names that I was able to type that were not in Japanese - sorry!)

Played and completed Space Zone Neo this weekend.  I had some fun with it and even tried my hand at speed running it, but my time was about 10 seconds slower than the World Record Holder.  I gave it a Like and stamped comment.

Next batch of screenshots.

Smurf Rescue (Coleco Vision)
Course ID: PY3-JQV-7DG
Description: My recreation of Smurf: Rescue in Gargamel's Castle which was ported to a number of systems in the early 80's, but I played it on my Coleco Vision. Smurfette has been kidnapped by Gargamel. Your Smurf must leave Smurf Village and travel through a forest and cave to reach Gargamel's Castle to rescue her. I recreated the game at one of it's higher levels involving more difficult jumps, bats, and spiders. And just for fun, here's some comparison screenshots from the original game "Smurf:  Rescue in Gargamel's Castle" on Colecovision: 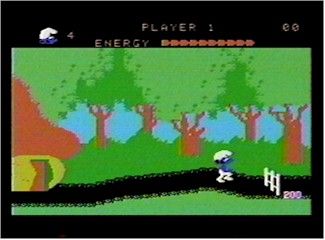 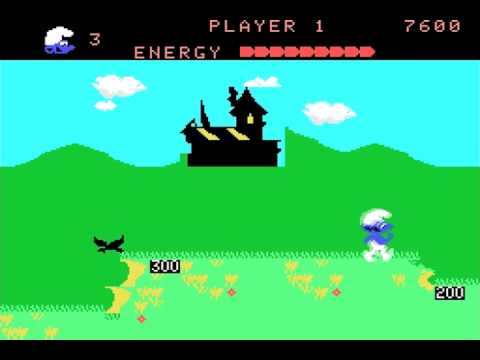 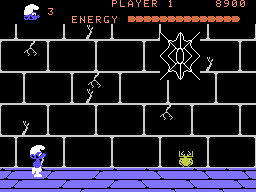 By the way https://cvaddict.com/ is a great site for info and screenshots for ColecoVision games (both originally released games, and from the modern homebrew scene).

New course updated to OP.  This is the third in my ongoing "Mario Plays NES" series.  The first game in the series, "Mario Plays NES Games", exploded in popularity not long after I uploaded it.  It still remains my most successful course ever with over 100 Likes (124) from nearly 700 Players (685) on almost 1400 attempts (1399).  The sequel, "Mario Plays NES Games Too", was uploaded less than 3 weeks later and was also well received.  Among my uploaded courses, it garnered the 3rd most Likes (15), 4th most Players (96), and 5th most Attempts (326). But, it clearly did not receive nearly the high level of praise and attention as the original.  So, even though I did originally plan to continue the series, I ended up putting it on the back burner for a while as I focused on other creations.

However, with the new "Final" update having been released which introduced the SMB2 mushroom power-up, I began tinkering with recreations of Super Mario Bros. 2 (USA) 1-1.  Having uploaded a recreation of it and a Deluxe version, I got the idea to add Super Mario Bros 2 to the "Mario Plays NES" series.  Not wanting to lazily just redo SMB2 1-1 again, I opted for inclusion of 1-2.  It fully includes 3 entries into Subspace, entry into both Vases, and an upgraded Birdo (Wendy) fight which includes a Bill Blaster that shoots out Beetle Shells to represent Eggs that can be thrown back to damage Birdo.  1-2 was also a logical choice, but it allowed the incorporation of the Cursed Key into the level which summons Phanto.

While I was creating the course, I had to think of 2 single screen games that would fit in with the concept.  I opted for a single screen of NES "Golf" where you use a Beetle Shell as the Golf Ball.  There is a Spring that circles the "Green", and you have time your "Putt" so that your "Golf Ball" meets the Spring in the center of your "Accuracy Meter".

Having done this, I realized that I had completed Story Mode in Super Mario Maker 2, but never unlocked the Gameboy Super Ball Flower.  So, I went back into Story Mode, and this time completed all the End Game missions and unlocked it.  I then used the Superball Flower as the theme for a "Donkey Kong 3" inspired course.  You play as Stanley the Bugman, and the Superball is your bug spray.  Boom Boom fills in as Donkey Kong again (reprising his role as the captured DK in my Donkey Kong Jr level in "Mario Play NES Games Too").  And there are Pipes filling in as the Beehives which release Cheep Cheeps as "Bugs".  There is a forced damage section (a vertical line of Donut Blocks that pass through Grinders) at the exit of this level, so that you cannot take the Superball powerup back into Mario's House.

Description: Mario returns home to enjoy three more classic NES games on his Nintendo Entertainment System. Turn the NES on and hop inside the TV to play a hole in "Golf", and also play a level of "Donkey Kong 3", and "Super Mario Bros. 2 (USA)"

Last night I saw that you had a new course up since last time I checked (Winter Underpants).  Nice use of the winter theme and frozen coin blocks. Played, completed, & Liked it.

New Course Updated to OP.  This is my first attempt at a collection of "single screen games", and my inspiration for it was this year's 40th Anniversary of the Game & Watch.

I agree.  I also think water tiles are sorely lacking in the tools.  You should be able to place sections of water (or lava) without having to change the entire theme to Jungle (or dungeon) and then have to have the water go across the bottom of the entire course.