We’ve pared down the past week’s news into one easy-to-digest article for all things #Xbox! Catch up here. https://t.co/FKqJML6tkn

I used to play Roblox from 2009 to 2017. They're used to be a lot of creativity and talented people making mini games. But thr Roblox team has made some really shitty changes since then and the creators have become less creative and there are a lot of copyed games now. My little sister loves it though. 🤷‍♂️ 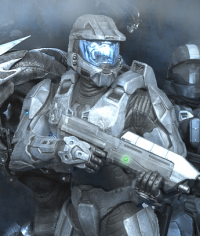 I really like Diablo 3. Tried PoE multiple times and I just can't stick to it. Game is just not for me... Don't know why.

Looking forward for Torshlight 3 too

That's cool, to each their own. I can definitely see how a lot of people wouldn't get into PoE. It's a lot less accessible out of the gate than Diablo 3.

I don't really like isometric RPG's, but if I do decide to play one in the future it will probably be Diablo 4. If the console version makes it onto Gamepass next gen I probably will at least try it.

Well, that's kind of condescending but okay :) Not liking a game may be not related to how "accessible" or hard it is :)

But you are right about 'to each their own', I simply don't like the look of it and the game does not look polished enough for my taste. I know this seems trivial but it is really important to me; I really feel like I'm playing an indy game and the graphics are just not for me. I really tried to play it multiple time cause I like the big fat passive skill tree and the skill on item (or gems w/e) thing.

Only game that actually made it to my list of "okayish Diablo clone" is Torshlight, so you may definitly think that I'm just way too harsh with other games; it is probably true

Here is the fat skill tree I'm talking about :) I mean, this is amazing: https://www.pathofexile.com/passive-skill-tree

The profile tab has been merged with the system tab and can now be found on the very right instead of the very left. Very confusing.

I don't see how it's condescending to say that something isn't as accessible as something else. I certainly didn't intend for it to come across as a dig at you or anything like that, if that's how you took it. PoE simply isn't the most accessible game. It's got a lot of systems it doesn't explain particularly well, the massive skill tree you mentioned can be really intimidating at first (I know I certainly thought so), and if you build a bad character, it's not exactly forgiving about letting you easily fix that shit. I would never begrudge anyone for putting the game down for any of those reasons.

If you didn't take to it for different reasons, like the the art style, indy feel, or whatever else, that's cool too.