Errr... that is the PS controller. If I had to make a bet, I would say it is Sony who is trying to buy Crytek.

Edit: Nevermind, I just checked and that seems to be the only emoji for controllers available.

There's a lot of money flowing around gaming companies right now, several getting multiple bids - not sure when or if any of these will close but gaming IP valuations are soaring

Yup, it's an acquisition.

Also Microsoft financial report is actually on Feb 3rd, not next week, Lol.

Xbox outsold sony in spain the last two weeks but thats due to low PS5 stock. This is a great opportunity for MS to allocate more stock in Spain to try to get some momentum there.
https://www.resetera.com/threads/pal-charts-week-1-2021-nintendo-switch-games-starting-the-year-with-a-bang-and-more.358927/post-56120323

Wait, Phil had the same Indiana Jones Fertility Idol in a July interview that Todd had behind him in the MS-Bethesda Aquisition discussion video? If this is real, it definitely seems like MS got exclusivity on this game, I can't imagine Phil would tease Indiana jones before they had even acquired Bethesda. 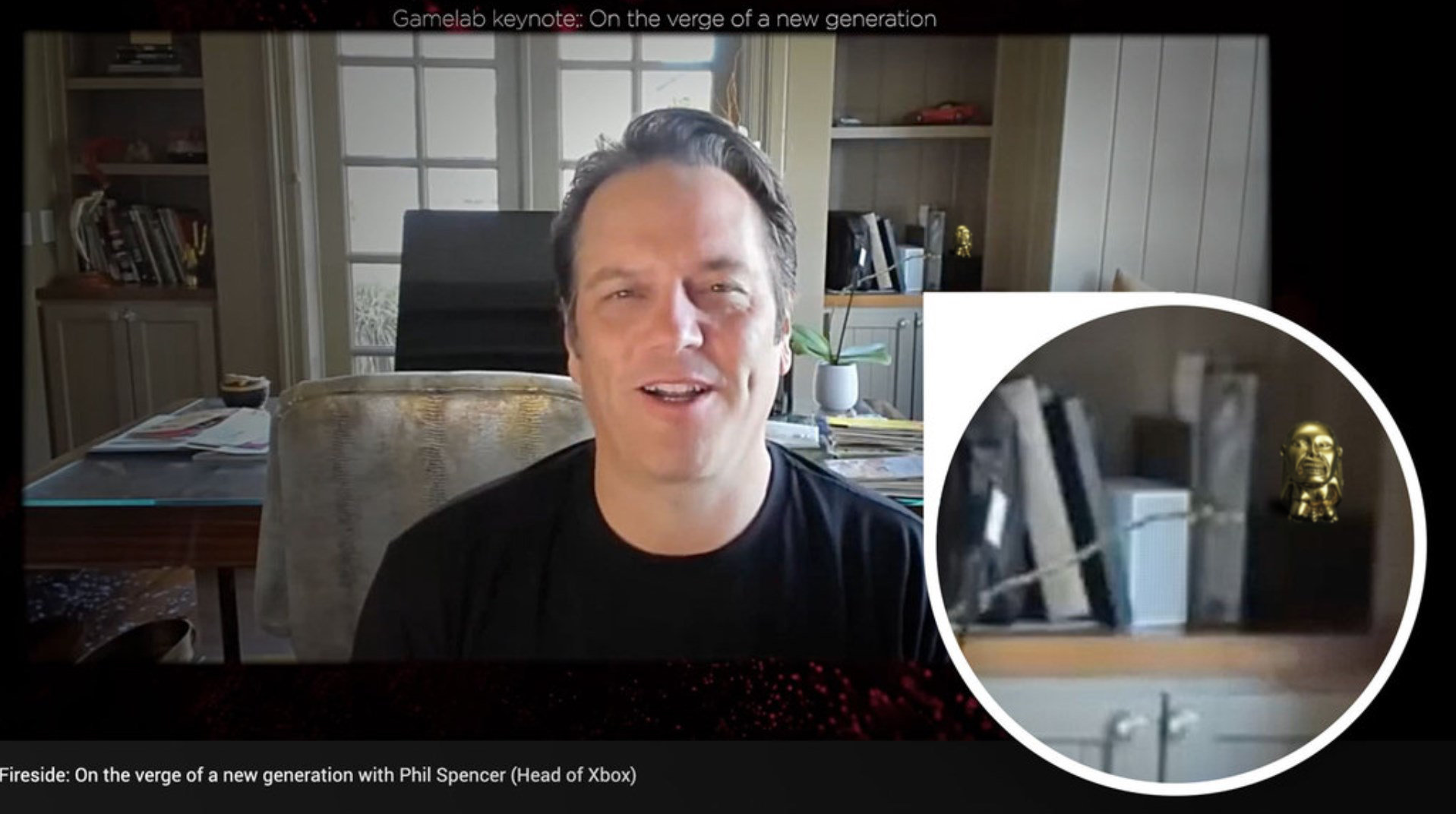 It seems there was also a statue of R2D2 and C-3PO behind Todd in that video, you can't see it in the image of Todd above, but it's just off-screen to the bottom left in the video.

Could Bethesda have also made a deal for a Star Wars game with LucasFilm, but they can't announce it yet because of the EA exclusivity deal that runs through mid 2023? If so, I wonder which studio?

-Bethesda main team is clearly too busy with Starfield and Elder Scrolls 6 to do Star Wars, so we can rule them out.

-Maybe Bethesda Montreal, they are over 100 devs, big enough to do a AAA Star Wars game, but I think their job listings hint they are working on a mobile game, unless the mobile game is just a small team within the studio and they still have a main team capable of AAA (when they first opened in 2015 all of their job listings were for AAA devs).

-Another possibility could be a new Star Wars MMO from Zenimax Online, but I think there 2nd studio is said to be working on a new IP, so that kind of rules them out.

-id has nothing announced now that Doom Eternal is out, but they've only ever worked on their own IP's, would be kind of strange for them to take on Star Wars, and I feel like LucasFilm will continue working with EA on future FPS Star Wars games even after the exclusivity deal ends in 2023, doubt they would drop DICE for id.

-Arkane Austin's project under Harvey Smith seems to be fantasy, not sci-fi, which kind of rules out Star Wars. Arkane Lyon will be free again soon after Deathloop releases, but I feel like they will probably do Dishonored 3 next, or a sequel to Deathloop if it is successful enough, not a Star Wars game.

I wonder who is on the market right now, EA just stole Codemasters away from Take-Two and they will likely look elsewhere to spend that 1 Billion Dollars that they allocated for Codemasters.

Its an arms race now for content imo, I feel that many companies are starting to see that the future is in streaming and it has been proven to actually work wether some people like to admit it or not and it’s a good thing for us that MS has a head start over everyone including Google and Amazon.

If it's not a MS acquisition it's probably Embracer honestly, Embracer been buying up everything.

I have a feeling we'll see another publisher be gobbled up this year, I don't know who though.

The majority of Embracers acquisitions have been small studios though, imo only Saber Interactive, 4A Games and Flying Wild Hog have been newsworthy acquisitions so far.