The "What the hell? What a waste of time:

No Smash Bros Character reveal. (This was literally the only reason I was watching, I thought the final reveal was basically a lock)

I did put my vote in for Sekiro as game of the year, as it was my personal favourite of the games I played...but even I was like 'what...?' when they announced it.

Jokes on you; I only spent one hour watching it!

No, no one was expecting it, but everyone knew it was the only right choice.

I'm legit mad. Was crazy tired, just wanted to go to bed, but I decided to stay up for this and ended up wasting 3 hours on a boring show with a grand total of zero exciting announcements. Worst Game Awards by a long shot.

and cue the "Nothing announced for me, so the show was shit"

I thought it was fun. Good vibes all around. Even got a console reveal. Pretty sweet if you ask me.

The last announcement is some crappy ps3 lookin title wtf!!!!

(PCDD) The Wolf Among Us is Free via The Epic Games Store. https://t.co/01HWOx30Yb #Thegameawards pic.twitter.com/UDs6MR41D7

That last game looked like an early PS3/360 game. If that.
Also, what does this mean? "*The availability and sale of Xbox Series X is subject to required regulatory approval(s) in your jurisdiction." What policy is MS implementing that requires them to put that kind of disclaimer on the vids? This wasn't on any other console reveal vid I have seen.

IM SO F₡CKING HAPPY TO SEE FROM SOFT WIN!.

I was also rooting for RE2.

Although i gotta be honest DMC5 was my game of the year, (so I'm glad it at least won best action game).

Doubles as a sex toy. 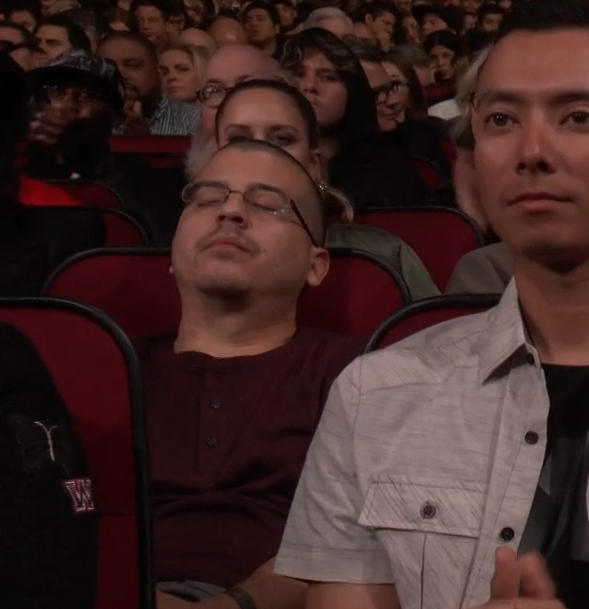 Dude fell asleep at the show! ROFL! Wow that was a shit show.