Yeah considering Paladins is pretty much a locked 60fps on Switch I feel like their priorities for this one are off. Better to tone down the graphics for a smoother ride in a game like this. Rocket League and Mortal Kombat 11 also managed to run at 60fps on Switch, and I'm pretty sure MK11 is a more demanding games than Overwatch.

But yeah, on the plus side it apparently offers native voice chat without having to use Nintendo's ridiculous app: https://gonintendo.com/stories/343982-overwatch-legendary-edition-uses-native-voice-chat-on-switch

PC has always been a mixed bag though of hardware and I think people fall into a category where their hardware is in line with their playstyle and desire to get higher ranks etc. When I was playing OW on my Core2Quad which barely managed to reach 60fps with concessions to quality I kinda knew I wasn't going to be powering into diamond, current build can throw out 240@1080p it just makes playing the game so much easier, a clear advantage over lower fps, that's just been a thing in PC gaming since people had the option of a selection of different priced 3d accelerator cards on systems.

For the most part though consoles keep to themselves in terms of controls and hardware, it's only been in this last generation where we see cross play and even without crossplay some people being able to play x1 games at 4k like Halo Guardians but others on the base X1 system can dip as low as 640p in stress points, I should point out btw, fortnite is cross play from Switch with X1 as well, fortnite Switch is 30fps (and unstable in busy area's) where X1 and X1X both run that game at 60fps, the X1X I believe renders it at native 4k as well. So there have been instances where consoles have put players at an advantage for splashing out on more hardware. (or a different platform)

Ah yeah, I forgot about that.
A few years ago there was some game where this issue was brought up, and framerate parity was a proposed solution, but I don't recall what became of that, or what type of game it was.

Overwatch has had a couple of complete overhauls of data in the last 2 years on pc and consoles, blizzard seem more keen to keep the code for this one tidy rather than applying patches onto patches over and over to the point where patches become more difficult to implement without impacting things they don't want to.

Basically if the cart had a version of the game on it, it would need to be re writable for overwatch's patch setup to work on it, otherwise the cart data would be worthless to everyone who owned and bought it, they would literally be spending money just to appease people who are more focused on holding a cartridge than having the game.

To each his own, the 2-2-2 lock has me enjoying the game even more! I really really REALLY hated playing in teams with 4 DPS who won't switch.

OT: I'll, of course, get it for my Switch, it'll be practical for a few games while I'm on the go but I think at home, I'll mostly play on PC still.

Yeah great fun alright when a game is starting off and 3 of the team are screaming at the others for not "DO GOAT, DO GOAT, GOAT TEAM, GO GOAT, MERCY?!!?!?!?! GO LUCIO FOR GOAT/?!!!!1 BAAAAAAAAAAAAAAAAAAAAAAAAAAAAAAAAAA GOAT OR WE LOSE, I'M NOT PLAYING A NON GOAT GAME"

Playing a DPS? In ranked overwatch????? That isn't GOATtastic, are you trying to throw bro? (I was going to do a /s after this.... but it's more a /moron really, not sarcasm)

If you've not heard the term you're lucky if you care to read about the meta play of how ranked has to go at higher levels, get ready for tanks and support baby. 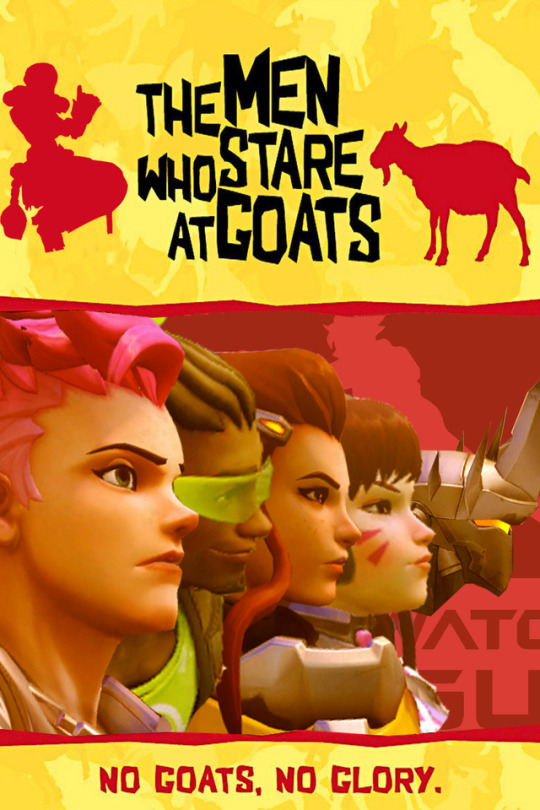 It is nice that it supports Gyro aiming, I'll give it that.

Even though the game's not for me, it makes me happy that motion controls in FPS games remain alive and well thanks to the Switch.

My issue comes from the fact I can't switch per round and especially per map, I don't know what map we are on. I am good on Orisa on the russian map on defence but suck on tank on attack, but I'm stuck as a tank. I'm dead weight as a tank on Nepal, I don't know we are on Nepal until it loads. My games never had goat, it's a pro/high level issue and they did this for pro, that issue didn't exist for me (plat to gold) and all the 2-2-2 thing as done is restrict what you can do, switch on the fly to better suit the needs of the team, what they originally intended for the game. Why it's in Quick play is beyond me, so much for 'quick', I don't give a crap about 6 Dps in quickplay it's there for fun, not to be 'competitive'.

The best thing they can add is if they allow those in a group to swap their roles mid game as long as you stick to the 2-2-2 thing so at least when I play with my mate we can switch when one is better suited for a job than the other. All I think it wil do is encourage one-tricks.