The murderer would be caught but camera's were apparantly malfunctioning and this on a like a 'high' target.  He probably had information about some people (and honestly don't care if it were republicans/democrats) his suicide is very convenient.

Does not mean at all that he got murdered but you can't blame people thinking that someone murdered him.

Fair enough, I'd agree with all points here, I just thought what was being suggested was a more hands on murder, which I'm skeptical of. Supposedly he had damage to his neck, so I figured people were imagining someone being paid to strangle him.

Well, "encouraging" someone to commit suicide is actually murder, or close. But besides these semantics I agree with you.

Some have actually predicted this was gonna happen.

Dear Bureau of Prisons: Please get Jeffrey Epstein to a super Max prison pronto, or the people who want him dead will make sure we never know the truth. ACT NOW!

He attempted suicide weeks ago, he should've been kept under suicide watch. Cameras malfunctioned? too convenient.

Well that's a conspiracy. The problem is that analysis shows having more than 7 people in on a secret massively increases the probability that the secret will be revealed.

So, he committed suicide 'coz he got caught and felt guilty. Most of the dirt probably is out in the open now (although you should only believe about 90% of it without a proper trial). 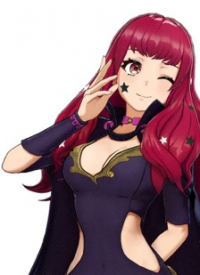 The Federal Bureau of Prisons isn't renowned for being competent at its job, and in fact the federal prison system has shown itself to be shoddily run time and again. He was a high target, but he was also off of suicide watch. People can't simply be kept indefinitely on suicide watch, that's against the law and the Constitution. You have to be evaluated by a psychiatrist on a regular basis to see if continuing suicide watch is justified. If you give the psychiatrist all the right answers and you've done nothing else that suggests further suicidal ideation, they have to take you off. The prisoner could come back and file a lawsuit claiming their civil rights were violated.

That said, most prison staff generally don't give two shits if a prisoner kills himself. The only thing they're worried about is being investigated. So for the most part, they don't really do more than the bare minimum of checking required at the time. If that.

Holy shit at that piece of document.

Too many coincidences. Epstein was silenced. Like it or not, most people in positions of power are morally grey at best. Especially those shroaded in mystery. Does anyone even know how the man made his billions?