So what was suppose to be a red tsunami turned into.. a small shallow kiddie pool.
Democrats keep the Senate. Infact they may actually GAIN a seat.
Republicans take the house. Just barely.

<edit> the rest of this was cut because wow did I get it all wrong. The numbers aren't finished so I have no clue how many Democrats will have.

Oh, 100%. This election was not a victory for progressive ideas so much as it was a loss for hyper-conservatives.

The best part about it? She called just 2 weeks ago McCain and supporters of his style of republican politics total losers. She said "Boy, Arizona has delivered some losers, haven't they?" Guess who's the biggest loser now...

Progressives made some big wins in the midterms expanding their base for the Dems through younger voters who came out in a big way (despite Biden's low approval rating), much of the success (not all, Reps played a roll in their own demise) for Dems was cemented from this faction, a faction dedicated to social justice polices strongly favoured by new and younger voters being the future of the Democratic party, a block that is steadily replacing older "moderate" or right leaning voters

i mean, even baby steps are steps. Right? 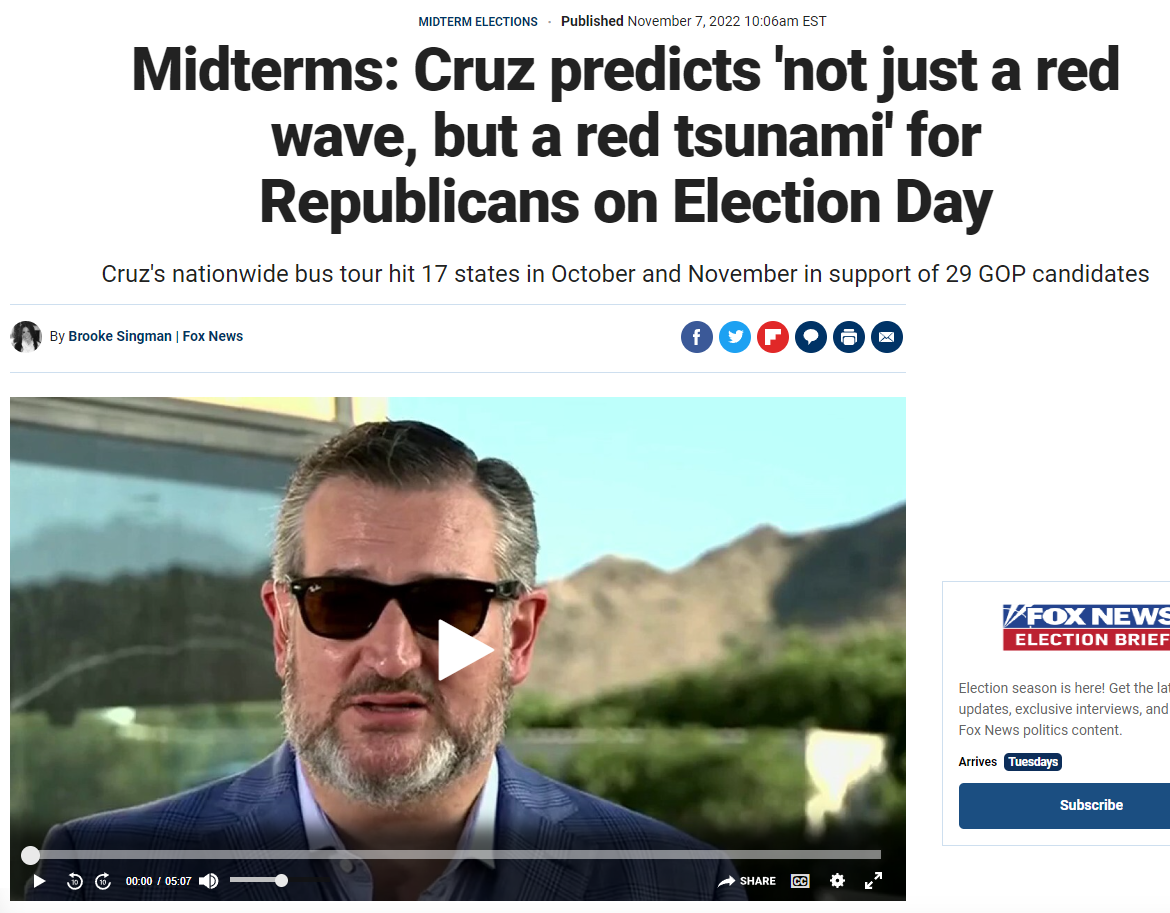 Tbf, most ppl seemingly expected it. But you still love to see how poorly it went for them.

I'll also add that this election was also a loss for New York centrist Democrats so I think there is a real argument for the potential of progressive politics to energize the youth vote. I think the main problem with Dems right now is that they are struggling to find a coherent message on a lot of issues. We saw a lot of Dems (again, like those in NY) go the "tough on crime" route and I just don't think that is a winning message. We spent the last decade arguing that policing is flawed. While it is still very much necessary, a message based on "lets just do the same thing we've always done" doesn't work for leftists. But we've also struggled to put forth a clear alternative. I think there is a lot of good, popular policy in the BLM/Defund the Police activism sphere but I don't think anyone has done a good job of selling it to voters.

The big challenge for 2024 will be finding our messaging. We've done a pretty good job at exploiting weaknesses, now we just need to sell our strengths.

Reality shot him down like a Russian Cruz missile.

Being the senate is most likely to pass the "Respect for Marriage act" I think this article (linked soon) is a good reason.
https://slate.com/news-and-politics/2022/11/vote-on-marriage-equality-senate-gay-rights-win.html?utm_medium=social&utm_campaign=traffic&utm_source=article&utm_content=twitter_share

Assuming they are correct in what they say - it sounds like a good bill. I find the technicalities of it annoying. But I see the requirement for them.

But the bill only matters if the Supreme court gets rid of Obergefell.

For the Dems it was all about the youth vote, they are strongly in favour of Progressive values and are the future of the party and politics in the US