Forums - Gaming Discussion - What is everyone's Internet speed like? (In relation to Google Stadia being announced...) 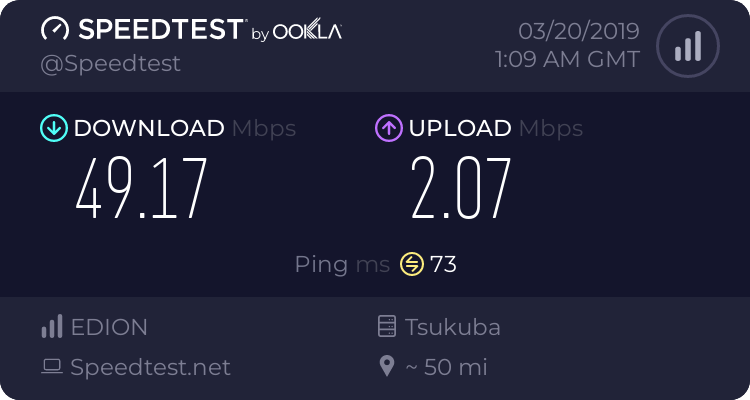 heh, and it's supposed to be "up to 450Mbps". Not even close really. Still that's plenty fast enough for me, especially since it's wi-fi too! 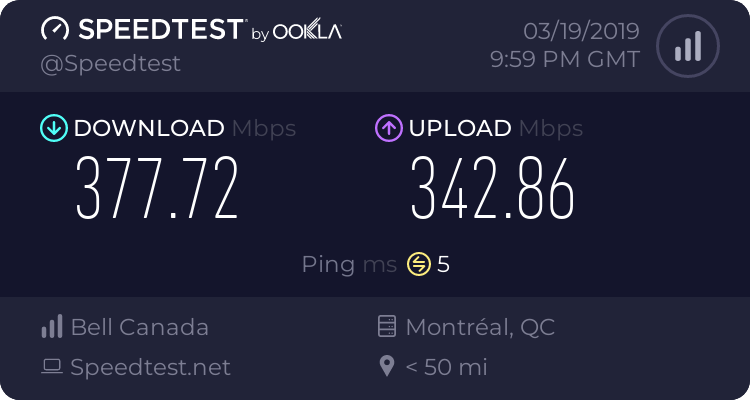 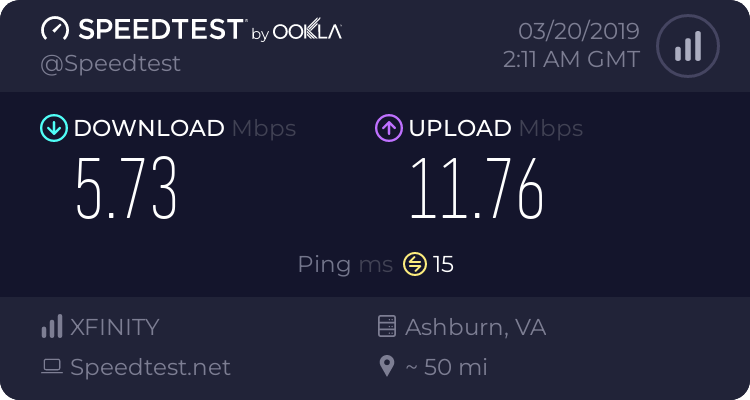 The plan itself is $157 for the dsl for 40/5 down/up and the phone.  I'd probably be willing to and will in the future pay more for the 80/10 plan when I finally drop the land line.  I wish I could convince the family to drop cable with is now clocking $180. 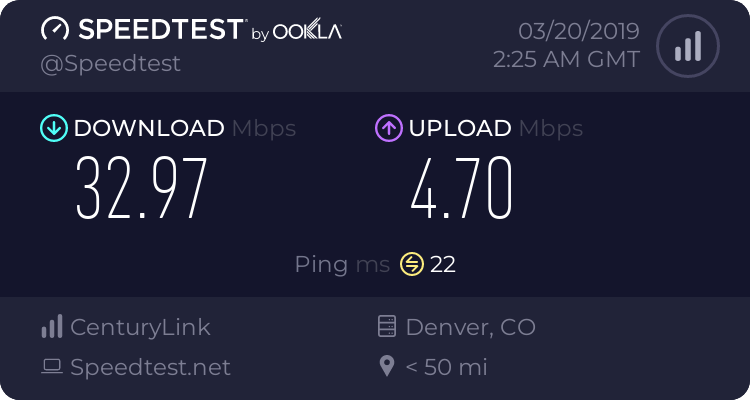 Something is wrong with your connection.  99.99% of residential connections will be asymmetrical with the download being multiple times faster than the upload.

What speeds are you paying for?

Faster than 53% of the US? Well relatively speaking yours is actually pretty decent then. But wow, the US must have some pretty bad internet around, I wonder if some people are still on dial up or something

This stands in stark contrast where smaller and poorer nations who build their Internet infrastructure from scratch used more modern equipment and hence have faster average speeds than the US despite inventing the damn thing.

So yes, some of that is still dial-up, some of up is DSL and some of it is cable but with old ass equipment.

Tbh, I don't know the internet package speeds. Its included in my rent, so I get what they buy. I constantly hear about how expensive it is, so I'd hope its a better plan.

All I know is that I got my cellphone service hella cheap through xfinity due to where I live having xfinity.

That sounds like your building manager is either lying or doesn't know what he's doing and got royally ripped off.  Density reduces costs.