Forums - Gaming Discussion - What is your favorite snes rpg game? 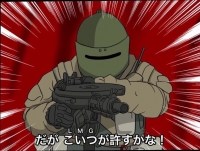 It seems FF4.5 ＆DQ5 are not well known in Western.

This is exactly my answer as well.

Earthbound doesn't hold up well at all. Sprites are almost NES levels of bad. There's no combat animations. Random battles are too frequent. Combat is on the same level as Dragonquest III for the NES, while other games in the genre like Chrono Trigger, Super Mario RPG, and FF6 made combat complicated, and interesting.

Super Mario RPG has good combat, good graphics for its time, and really interesting characters. The only downside is that it is a really linear, and formulaic game.

Final Fantasy 6 had the esper system, which changed how your stats leveled up with every character, and what spells they learned. Then there were a wide cast of characters, each with their own interesting and unique ability. For those playing Octopath, you should be familiar with this by now. FF6 also had a great story, as wellas tons of hidden secrets, and sidequests.

Chrono Trigger is relatively short for a JRPG, and it foregoes random battles for field-on enemies. This cuts down on all the time wasting and compresses 60 hours of fun into 20 hours. The battle system lets you combine moves like using a fire attack and a sword attack to do a flaming sword attack. It's pretty much Bioshock's combo system, except it was done decades sooner. Every single character in Chrono Trigger is stupidly interesting. Time Travel is involved, which makes for some really cool and neat things to do, like opening a chest in the present, and then traveling back in time to open said chest again. Then there's the multiple endings.

I shelled out $70 for a repro copy of Terranigma last year. The combat was fun but simple. The leveling aspects were really barebones. You just gained XP and leveled up. There was no way to tweak your character to your liking. Too often the game wanted the player to find some obscure key item, and then find the obscure place to use said key item. So to find out where to go next you would have to put a certain item in your inventory, and then talk to every last NPC in the world, until you either found the one that told you where to use said key, or found the one that needed said key to advance the story. The dungeons were good, but intentionally designed to be confusing mazes, even moreso than modern JRPG dungeons. So I found myself wandering around the same hallways for two or three times as long as I should have. Honestly, those mazes were almost at Phantasy Star II levels of complicated. Almost. The story was excellent, with a twist that I won't talk about here.

Overall I liked it, and am glad I bought it, but it doesn't hold a candle to FF6 and Chrono Trigger.

Chrono Trigger if there ever was a game worthy of multiple play throughs it was Trigger. Honorable mention to FFVI the most cinematic RPG without actual cut scenes in that era.

Chrono Trigger forever and for always.

I'm torn between FF3(VI) or Chrono Trigger. FF3 was my first JRPG and holds a lot of sentimental value. But Chrono Trigger was just a blast and so engaging. Secret of Mana is a great 3rd to the previous 2.

Definitely FFVI for me. I just love the way the story and plot are integrated