Forums - Politics Discussion - #Walkaway: What is your opinion?

Whatever wrong actions the right has done doesnt excuse the left, im not making a case for joining the right but instead presented a lot of reasons as to why im not surprised that  some people are leaving the left and going independent (not joining the right).

I don't understand you Americans.

1. You were fooled into electing another stooge for military industrial complex holding companies. He is now going around and demanding other countries to pay billions and billions more dollars into the same pockets you Americans willingly pay into without question.

2. You mix up political ideologies, draw them from a hat and say "this one is right, and this one is left" and then fanatically defend them, and what you decide is right and left makes no fucking sense. It is like you are trained in a brainwashing camp to be fanatically loyal to your bullshit set of ideologies. Then you use these stupid battles to distract yourself from the real issues (see point number 1).

3. "Like Hillary would have been any better!" seems to be the excuse for electing a reality TV Show clown to steal your publicly owned money to dump into the hands of the military Industrial Complex corporations, and cut all the protections of people and the environment that your ancestors fought long and hard for because they knew they were important.

My main problem is point number 1 - you elected an idiot who is trying to drag Europe into the same hate-culture shithole you Americans are so eagerly running toward. Sorry, we've been there with nationalism, fascism, and authoritarian socialism; it was horrific, and we don't want to ever go back.

It's nice to see some people becoming more independent and realizing how hateful and divisive the DNC has become. I already pretty much "walked away" from them in 2016 when they colluded against Bernie Sanders (and then on top of it have the gall to whine about Trump's election when Bernie probably would have beaten him). That was pretty much the final straw for me, though it's been an ongoing process for me that's gone back several years starting in 2013-14 with a series of events that's aggravated me to no end, largely starting with the GG stuff.

By no means am I an advocate of the GOP, they can be just as corrupt and divisive, but I'm getting sick of this idea that the DNC is the de facto "just" and "righteous" party that's always automatically right. The last half decade in particular shows that this is FAR from being correct..

Or an even more frustrating notion - that some people, because of their identity, just automatically are obligated to vote DNC simply because they belong to said group. BS, you don't owe these guys anything. They need to EARN your vote, which I don't see them doing much of these days to just about ANY group unless you happen to be an illegal immigrant. More and more are discovering they simply pander to these groups, then do absolutely nothing for them once they've secured their vote.

"We hold these truths to be self-evident - all men and women created by the, go-you know.. you know the thing!" - Joe Biden

You guys in the US do realize all of your politics that you fanatically follow are a bunch of bullshit that never amount to anything?

They're designed to distract your asses while the government dumps your nation's money by the trillions into the military industrial complex where it funnels down into the pockets of international holding companies. While you're squabbling over gay cakes and how you fund your healthcare, you give next to no resistance against the fact that your republican government is ass raping your publicly owned and funded coffers.

Strange how it is more controversial that the money gets used to help your people than it is to see many times more that amount get stolen by these military industrial complex holding companies.

The Democratic and Republican parties are really just one, two headed beast. They both work to grow government, trample on civil and human rights, and otherwise take the US and the entire world in the wrong direction. So, walking away from one of them and into the other is of no use. On the other hand, if one leaves the Dems (or the Repubs) and joins the Green Party or Libertarian Party they may be actually doing something to bring about positive change (in a very tiny way).

The American political system is terrible. Single-member districts with plurality voting lead to two dominant parties, and two dominant parties always results in two groups that exist simply to not be the other group. It really is a joke. Electoral reform is needed. However, I have little faith that electoral reform will do much in the current culture. American culture has us look to government for way too much. The USA started with the belief that government was a necessary evil. Now, 240 years later, we worship "the troops", aspire to get a job as a government leech, and otherwise lionize the state. That shit has to change before the US can really get back on the right track. Unfortunately, I see zero evidence that this change is coming anytime soon. 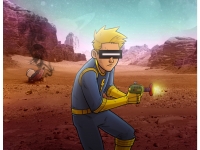 The Steele Dossier a while back was a strict upgrade to Watergate and no one in the mainstream is talking about it.

Mistaken ideologies almost never kill democracies. Their policies prove to be wrong and people vote to correct them. No, raw abuse of power or the deliberate removal of checks and balances kills democracies. By this metric, Republicans may or may not have done damage to your favorite demographic, but they've largely been good stewards of democracy itself. The Democrats...not so much. They have flagrantly abused power several times over the last few years. Should the Republicans break them, we can fix abortion or gay marriage in the next election cycle. I don't think they have the political will, but we can. We cannot fix the DNC's now legally protected rigged primary system. We can't undo the Obama Administration's questionable use of FISA warrants to spy on the Trump campaign. These are the kinds of abuses which really can kill a democracy if left untreated. When all is said and done, the #WalkAway campaign is actually microscopic compared to the backlash that the Democrat party really deserves.

As to the Blue Wave, I think everyone is expecting the Republicans to lose some seats (it would be hard not to after 2016). But fundamentally...the Democrat party has not done a SINGLE constructive thing since Trump won the election. Not one. They have waged an aggressive war to try to rip Trump's administration apart and unmake every single decision he's made. Granted, this kind of thing is kinda business as usual in the States, but never in my life has it been to this ridiculous extent. Usually the main parties get in each other's way while there's a Gang of 8 or of 10 or something or other trying (and failing) to do anything. Now? No such attempts have been made. It's Game of Thrones, Beltway Edition. I think most people will pick up on this and once again not vote Democrat.

FYI: Don't trust polls too much, either. Trump was elected because people lied to pollsters. I'm also thinking May will fall to a Vote of No Confidence soon for the same reason.

LOL #WALKAWAY from a party what a joke. It is like you are getting a divorce or something haha.

In Australia votes swing like a pendulum when the gov in power doesn't perform.

Stop being loyal to a party and vote on performance or on government handouts you will get lol.

Of course some democrats are gonna walk away from the party during this time of turmoil. They weren't really "liberals" in the first place. Whatever reasons for joining the party in the first place (parents, a period of disgust against the GOP or the right wing, etc) it was bound the happen. Just as there are some republicans that are walking away from the republican party in the era of Trump.

I'll wait and see how this shakes out in the midterms and then the 2020 election. As always the reactionaries on the right _and_ left are all just garbage to be ignore until they actually become violent and have to be put down.

I have no idea what this is and all I needed was the hashtag to know I couldn’t care less. Twitter movements last a week and fizzle out or last forever and never change a damn thing. Twitter platitudes mean nothing.

Lol, you know is getting close to election time when you have these types of things going on social media. I cannot wait to seem the Dems version or some other political stunt looking to grab a few votes. Should be fun to see now the mids shake out.