Forums - Nintendo Discussion - Wolfenstein 2 on Switch is a good product if you don't care about resolution...

PC can go farther than 8k though.
Only your wallet is the real limit.

The Vita didn't have a QHD/Quad-HD display?
It had a qHD display or Quarter-HD display. ;)

Doom is more pleasing on the eye, partly thanks to it's aesthetics.
But... Wolfenstein 2 is technically doing more, there is many more demanding dynamic effects in play... It's an impressive achievement with what they have accomplished.

Everyone is different. Your likes will be someone elses dislikes and so on.
I have always been a pro-resolution supporter, the bigger, the better, but that is the PC gamer inside of me.

I find the cinematic elements more annoying than the resolution actually. Loving the setting though.

Doom already demonstrated the Switch can handle the engine and a game with visuals similar to this. Wolf 2 demonstrated they could create larger, more detailed environments as well, but the resolution is taking a serious dip.

And I'll repeat myself, do you want to see more games put a focus on visuals over resolution like this? Perhaps make it a trend of 480p and lower? Probably not.

Like I said in my original post. I don't really mind resolution dips on X1 to achieve 60 fps or a certain level of fidelity. But if its dropping to 360p, its time to make compromises. Maybe they had limited time and resources, but maybe there could have been less taxing effects implemented.

Its very good port, almost all effects (there are only some water effects that are completly turn of in Switch version) are present in Switch version, and game looks indeticall outside of resolution difrence, but IMO 640x360 is not acceptible for docked mode (if its at least 640x480).

Also because only water effects are turn off in Switch version, those screenshots are not best comparison, especially because there are not that many water in game.

This game and Metroid Prime 4 will be totally different things, Wolfenstein 2 is multi platform port while MP4 will be game from ground made for Switch hardware and capabilities on mind.

I think it would better they were going for higher resolution without some effects.

The X1X is much closer to Switch in price than a PC capable of the same performance/graphics at 8K. Not really relevant but I'll just add that.

3DS and Vita games are designed for their tiny screens and most games run native to the resolution of those screens (around 240p-540p?). Switch was built with a 720p (HD) screen and a lot of games achieve that resolution just fine. I'd even argue 720p looks acceptable on a large TV, Wolf 2 is in the ballpark of 720p on a standard X1. However, Switch was actually designed to achieve up to 1080p on a TV, it even gets a power boost from being docked to do higher resolutions. Hence, you're looking at Wolf 2 on Switch like its a game designed just for a small low res screen. Your logic is antithetical to the Switch, a device built with a HD screen and intended to play on HD TVs. 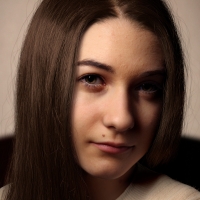 For a handheld game yes. it looks fine. i like that they did this in the first place...more games to play.


Life would be infinitely happier if we could only be born at the age of eighty and gradually approach eighteen.

Well, that's kind fo what I was getting at, a game made specifically for the Switch could make better use of its hardware, along with not having to be compared to its more powerful companions.

Lol, and ofc. you screencap the only scene where the switch does not have the same graphics option, water.
:P agenda much? but yeah, it is a bit blurry. looks way better than the screencap though in action

I'm playing Wolfenstein 2 on Switch right now. The actually really impressive part is how intact the overall visuals and especially lighting are overall. The framerate is only 30fps but very consistent.
Now for the bad part, yes, it can get really blurry. But playing in handheld mode it really doesn't feel that bad. It's actually quite impressive overall, Yes, it is my least sharp Switch game so far.
TV-mode is different in many ways. Resolution going higher overall and often being that low. It's far below the other console versions but playable.

Sure, Switch might be a better fit for smaller games. The majority of my Switch games so far are indies, followed by exclusives. Wolfenstein is my first big budget first party game so far. I'd love to see what kind of third party exclusives could be done on Switch.