Here is a gif, that shows a few of the things that Oculus is experimenting with.  Some of these things we can certainly expect to see in the second generation of headsets.

A lot of these things we are already seeing with current headsets:

Larger FOV: This is pretty explanatory I think. 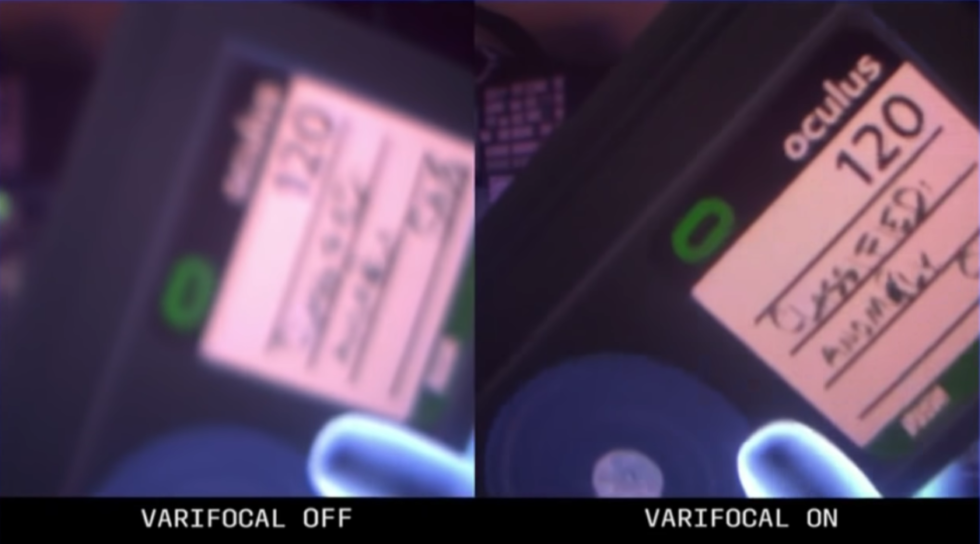 Not in the video:  Eye Tracking.  The Fove has supported this for a while.

Not in the video:  Wireless:  The Vive now has a wireless pack that can be purchased.

This was the 5 year plan for VR: 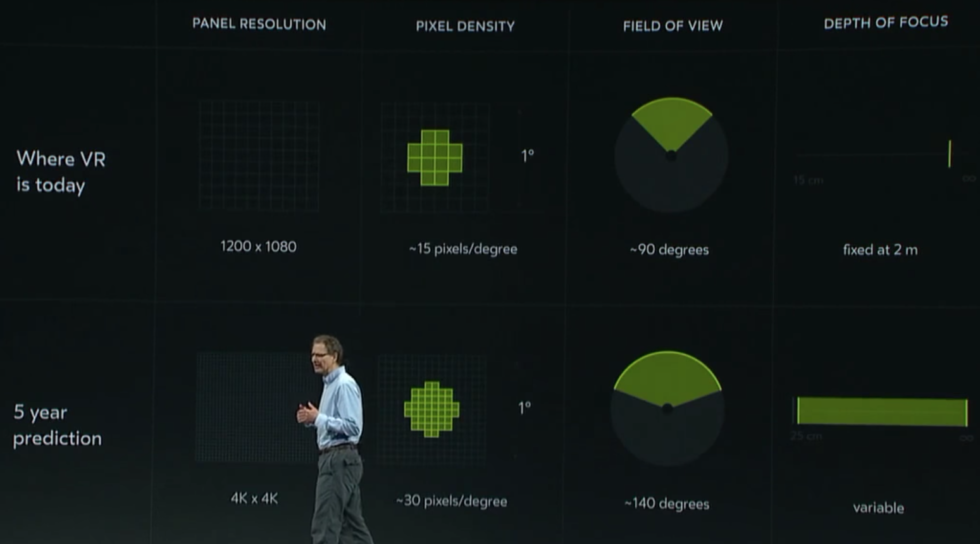 And most recently, Abrash has said that the company has been progressing faster than anticipated in reaching these goals.

On the software side, Valve is making VR games:

I was excited about VR for gaming. I thought we were very likely on the precipice of a major change in the way people play games. But, the tech just isn't there yet. Then there's the practical limitations, such as the need for significant space to play many games. I'm no longer convinced that VR is the future for gaming, and anything more than a niche way. I hope that's wrong, but that's what it's looking like to me.

There are big sacrifices to playing in VR in terms of graphics (right now, maybe in the future they will be alot less).
I think that just means next gen, the improvements to VR will be HUGE and drastic.

PS5 + PSVR2 should be a huge step up in VR gameing.

People seem to either be incredibly pessimistic or incredibly optimistic about the tech.  There doesn't seem to be very much in between.

I personally wouldn't say the tech isn't there yet.  But people have different expectations.  I know some people won't be satisfied (or at least they claim) until VR is basically holodeck.

I think what's currently there is awesome, but it's obvious there's incredible room for growth.

The thing that makes me very optimistic is that there are a lot of companies that are working on solutions to problems in VR.  Some companies literally exist only to work on VR.

Oculus is a multibillion dollar company that exists only for VR.

Infinadeck is seeking to fix the problem with the space issue.

What VR can achieve today is still pretty impressive. Everyone I've showed the VR at my home was amazed by it. They never imagined it to be that good. But this is still something that everyone has to experienced for himself. And it's true, there is a lot of stuff to be improved and I can't wait to see that aswell. But right now, I really enjoy it even if my rig can barely handle the vive pro. Thus hoping to get my hands on the next gpu generation.

I'm pretty bullish on VR long term. Yes it's in its infancy now and there are issues, but pretty much all the issues I see being resolved with time. Head sets will get lighter and wireless with great field of view, better control inputs ... the experience is mind blowing eventually there is going to be an experience that only VR can really do justice that is a must play. It's inevitable IMO. Whether that takes 5 years or 10 years I don't know but it will eventually just keep getting better and better.

Where VR is today is where online was maybe in the late 1990s ... taking baby steps, but fast forward 10 years and it's a central part of the industry.

My psvr just kind of gathers dust. Played some Skyrim and resident evil 7 on it, and I found I liked the games better without the vr... resolution is horrible, probably my biggest complaint. But movement still isn’t very fluid. I don’t think the tech is there, nor do I think it will ever be better than just playing on a screen. I probably just need to try and sell it to somebody that will actually use it...

As I have already said before, Vr is an exciting prospect for gaming.Not as its future, but as one possibility.Its major hurdle, by far as of now, its the tecnology.Its still too limiting in what it can do and too "damaging" to the user health.Limiting in the sense that few games have really used Vr to its advantage.Most games as of now that uses it are more "mini games" rather than games or are games that are just played better with a normal TV.

And with damaging I mean that there are still several problems with it.Diziness that comes with using it for more than 20 or 30 minutes, weight distribution, too many cables going from the console to the headset(being too cumbersome), ease of use, possible damage to vision(since its basically a screen on front of your eyes, and you use it supposidely constantly for hours on end) and so on.

Until all these issues are fixed or mostly adressed, VR wont take off.Oh, and price is also a problem, but until they fix these other points I mentioned, I dont think it matters as much as people think if the headset is 800 dollars or 200 dollars.

Nice round up of info on the future of VR. Hopefully, with Rift 2, Vive 2, and PSVR2, we will reach the point of pick up and play. I feel like current tech is already strong enough to set the world on fire if it had the proper software backing, but it has become obvious that, that will not be the case.

The biggest drawbacks from me with PSVR hadrwarewise are;

1. Constantly needing to adjust the camera for seated and standing games.
2. Lack of Joy Sticks on the Move Controllers.
3. Inability to track controllers in 360 degrees.

If Sony can solve those problems, while doing the obvious;

Then PS5 and PSVR2 will be ready to expand VR to a wider market.


I really hope next gen headsets have the option for Wireless and Wired. I think having the wireless option will be key to getting some people to try it, but I would absolutely hate to be limited to the Image Qulaity and Response time issues of a Wireless headset.


Other than that we need games. We need GTA exclusive to VR. We need COD exclusive to VR. We need the major players to take on the role of progressing games to VR, while they let the indies and smaller pubs/devs take on traditional Controller/M&K and TV/Monitor games. I hope we see a good balance between VR and Retro games next gen. In the case of something like COD/Assasins Creed/Far Cry/Battlefield, have a VR exlusive title one year, with Retro the next. For something like Madden/MLB The Show/NBA 2K, make VR the main focus, drive players to VR in tournements, make VR were the money is. Then with first party we need Microsoft, Sony, and Nintendo to strike a good balance of studios working VR and studios working retro. Polyphony/Turn 10/Mario Kart should be VR focused, Guerrilla/343/Splatoon should be VR focused.

Every game next gen needs to, at the minimum, support VR from start to finish, even if it is just 360 degree headtracking, with traditional gameplay on a gamepad. There is no game that would not benifit from the wider field of view, next to zero input lag, and immersion that a head mounted display offers.

Almost two years later I am still incredibly excited about VR. It still gives me feelings I have not had since PS1/N64 about where we can go with the future of gaming. In many ways we have reached my expectations for Traditional Controllers and Displays in the last 20 years. Now I look to VR to do the same over the next 20 years. Just imagine where we will be with VR in 2040 if we see the same progression we have seen in games from PS1 to PS4. PS8 and PSVR5 will be freaking amazing!