@Bold Trump still raised a good point regardless but what other evidence do these organizations you mentioned have to show or are they making this claim based off of IAEA inspection's ? If it's the latter then their claims are not very helpful in this situation since it comes back down in circles with the one remaining flaw that IAEA's verification only holds true that 'x' place is in compliance with the deal ...

They most certainly cannot perform inspections on everything and whenever they want but it especially applies to military bases to according to Iran ... (a pretty massive loophole in the deal if you ask anybody)

Given that Iran has a history of been on the edge, we can't continue to take Iran's claims lightly without a robust access for inspections. The fact that you pointed out that Iran once hid a nuclear enrichment facility under a mountain is cause for concern and sets a precedent that we should perform inspections on designated military areas with underground bases since Iran DOES have the capability to hide potential facilities that could potentially be used to create nuclear weapons so satellite imaging won't totally help with indentifying that ... (Trump asking for a rewrite at least for underground bases is reasonable and Iran is just getting butthurt over it like they did during that time when they were pressured by the UN for IAEA accessing Parchin)

At this rate, Trump will definitely be president again in spite of all boohooing.

all the neville chamberlains in full defense of iran.

Trump will win re-election, the left will cry, again.

Trump will continue to be Trump and not apart of the Washington establishment, just check twitter, they haven't banned Trump yet but they already have been silencing conservative speech.  I dont use or care about Twitter but I am not surprised either.

Trump has relieved the American people from the horrible Obamacare mandate. I paid my last penalty this year as I refused to comply.

Trump is the reason taxes were lowered and the boot of the government taken a lot of pressure off the american tax payers neck.

Trump is residing over the lowest unemployment numbers in decades. 3.5 million jobs created.

Trump has dealt tough with NK and China, now 3 hostages were released, without a pallet of tax payer money btw.

The more Trump is attacked, the more it galvanizes his support. With %91 bad coverage from the MSM, the fake scandals, the man is at %51 approval, and its higher than that, trust me.

Trump has warned Iran. and there is no imaginary red line.

Trump is and will be, President of the United States for another 6 years.

This guys only goal to appease his rabid base is to undo everything the former president have done, even if what he did saved the middle east from a country hell bent on destroying Israel with nukes.

-It helps the oil lobby and the months before the warning of this announcement the oil prices were going steady up but yesterday it climb fast. 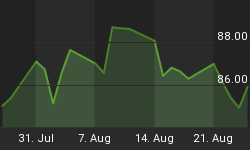 -It increases the conflict in the region and Israel and Saudi Arabia are happy with this announcement also leads to more military contracts and makes the weapon lobby happy. (Good for the ones who have defense stocks aswell).

-Most people don't really understand the deal so it is easy to make it like a good deal for usa to get out.  The fact that Iranians were increasingly getting postive views about Americans was annoying for some groups/countries but sometimes it is better that a country not likes you so now just post some burning USA flag picture and you win the masses.

-  It helps for a bigger crisis in the middle east and will increase the number of refugees again leading to more refugees to Europe that again will gain right wing voters in Europe who are more inclined to work with Trump so that's also a good thing for him.

In the end this is positive for Trump though.

This. Basically negates all of their points. Iran is not to be trusted. Especially while they openly call for the death of America and Israel.

I'd say he will win. There are probably millions of people like me who couldn't bring themselves to vote for him the first time around. But, with the good job he's doing, and with the media basically forcing you to stand up for the guy, we will be voting for him in the coming election.

Al-Qaeda was  an Organization born from Muslim brotherhood  in Egypt that has  no relation at all with The Saudi.  Before the 9/11 tragedy Osama Bin Laden and his group had been deported from Saudi 10 years before the event, because their dangerous ideology and their attempt to coup the Saudi kingdom. You use Al Jazeera as news source is also false, Al Jazeera are back up by Muslim Brotherhood and Iranian and Qatar regime.

Oh, I am sure they will still be open to talks but not with this US president.  Let just think about this for a second.  Trump did not do any negotiations, he violated a current treaty without the support of the other allies that signed it.  He then says he is going to impose sanctions on their government going against the treaty  and also the other allies who signed it.  What make you think any country  would want to come to the table with a person who has shone not only in his private business of breaking contracts but also now as President of doing the same thing.  Basically, what Trump did was remove America as the leader in world affairs, tarnished the US and weakened the US ability to make deals abroad.  Who in their right mind with this president would respect the word of the US when the same president will violate anything contract signed if he gets a whiff of negative feelings from it.  Who in their right mind would waste their time going into negotiations with this President when he doesn't even take the time to understand the impact of what he is doing or the political situations involved.  As has been reported by many people concerning Trump.  He doesn't listen.  He doesn't study up on any of the actions he takes.  He doesn't take the time to prep himself on any of the issues.

Except Trump didn't, he just cancelled the deal without discussing this with the other signatories. If he really would have wanted a rewrite he would have discussed this long before the deadline, but he didn't.

1. In case you didn't know, Neville Chamberlain was playing on time because Europe basically became a demilitarized zone and there wouldn't have been a chance to face the Germans with the aged equipment they had. He didn't believe the Germans would comply (though he was hoping it), he was just buying time for France and UK to rearm themselves.

3. Great what? Because I have yet to see a decision that didn't trifle with the economy in bad ways. What he's doing is burdening the presidents to come in increasingly hard ways.

@bolded: Any proof of that? I'm not using Twitter at all, so I don't know what's going on there or not.

4. I will never understand why americans don't want cheap healthcare, butI'll try to understand as best I can. So can you please elaborate why exactly you didn't like the affordable health care act?

5. The tax cuts are only temporary for most, in 3 years most people will already have to pay more taxes than before the tax cut. Only the persons with more than 75k a year in income will have a permanent spendings cut. And like I said under point 3, what he achieved there is mostly burdening a budget even more than it already was (by around 1.45 trillion $ over 10 years, or 1 trillion taking into account the economic boost coming with a cut)

6. While that's true, it's not because anything Trump has done. It takes years for administrative decisions to take effect, hence you would need to congratulate Obama for that. If by 2020 the number of unemployed is still low and the amount of new jobs is still high, then we can congratulate Trump on a job well done, but right now nothing that he's done had an effect past margin of error yet.

7. True and well done. 1 point to the president.

8.Not just fake scandals, also very true ones. But yeah, he is the leader of the US in most every sense of the word right now.

9. And what can they do if complying ain't good enough?

I think this wasn't a very wise decision by Trump, I can't see how pulling out of the deal will benefit America or the american interests in the middle east.

So far, it looks like the other countries will continue the nuclear deal.
America is basically back to the point before negotiations on the agreement began.
So they will enact new sanctions, sanctions who weren't able to stop Iran’s atomic program, hence why they made the agreement in the first place, but with the difference that the USA are alone this time so the new sanctions will be even more useless than the old ones.

Sanctions will also hurt the American industry, the oil price will rise and that's bad for everyone outside the oil industry.

The most important point, however, is to lift the agreement without any indication that Iran has violated the rules of the agreement. This will weaken the moderate forces in Iran who were involved in the negotiations and strengthen the hardliners who hate America and Israel and were against the agreement from the start. Further negotiations about other conflicts will be a lot easier with Rohani than with some religious hardliner.
Iran is a major power in the Middle East and you cannot solve the problems of the region without Iran.