Could we choose more than one? Tokyo, for its cultural background and technology, and Paris, for its museums and gastronomy.

Tokyo, duh. There is nothing in those other countries that would warrant a visit. I grew up in a big city so just being a big city isn't really a reason for me to visit any place.

Tokyo, and all over Japan, seeing old monuments, temples, etc. So much history to learn.

Political reasons not to go to the others.

I come from London, will always love it, but I would choose Tokyo. It was just that amazing to me.

That's exactly what I wanted to do. I learned English with series, movies and books and thought that I could do the same in Japanese. But it's not possible.

The level required to be able to understand what you read or watch is so much higher than in English! The entire structure of the language is completely different from European languages, the vocabulary based entirely on kanjis... I've lived and studied here for a year now, I still don't have the level to read books without heavy research. You can't just "look the words in a dictionary" like English if you don't know hundreds of kanjis very well, and all the grammar forms able to change the entire meaning of a word or sentence, and which obviously don't look like anything you know. One of my friends who worked in Japanese here for 4 years can barely play games in Japanese, he still doesn't understand everything (and he got the JLPT N1). Even Japanese people from my experience have a lot of trouble with kanjis and less used grammar or vocabulary... In English, you can use books to learn how to speak, in my opinion it's the opposite in Japanese. You will be able to speak well before you can read (there are a lot of books that Japanese kids are unable to read...). Some anime should be easier though, because they tend to use simple words and grammar.

It should take you less that 2 years to survive in Japan, don't worry about that. And I hope you'll stay motivated for as long as you want after that. But don't think about learning it like English, you might hit a wall at one point that will discourage you. That's what I did, and I've had huge motivation issues since then (even if I'm living in Tokyo!). So good luck to you, it's definitely possible and you can do it, but just don't think about it like English, keep your expectations on a longer schedule! 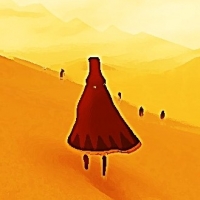 I thought about making a similar comment in my post, but I was afraid of being the only one.

London felt comparably tiny (compared to the other three cities). Although it is still great, I wouldn't put it on the same level of NYC, Paris, or Tokyo. Edinburgh blew me away, however.

New York - hands down. I've been there and Manhattan is fun and bustling. Paris and the London are becoming less safe due to terrorism and Tokyo just seems too wacky for my taste.