"Switch will take it. BUT, it's going to look like a virtual tie with the Xbone. PS4 will be behind by 30K or more."

Your PS4 vs Switch prediction was out by about 114k last month, let's hope this months better. xD

Not saying I did any better, I thought Switch would take February too. PS4 is my slight favourite for march though.

Seems quite obvious to me.

The PS4 is dominating just as much as the Wii imo, at least for most of this Gen.

haha it's become such a big deal because you keep arguing with the other guy despite you being wrong. To clarify, you ps4 is in its 6th year. That is not true, period. If you said this is the 6th calendar year that its been out, that would have been true, but that isn't what you said. Apparently it is what you meant, but it is not at all accurate to say ps4 is in its 6th year. ps4 is 8 months away from STARTING its 6th year, that's not even close.

To make things easier for you to understand, if Switch had come out in November, we would not now be saying the Switch is in it's second year after its only been out for 4 months.

I literally clarified my stance in the second comment. It's what I meant.

If Vgchartz keeps this up, then The Chart should be a better source in predicting NPD! 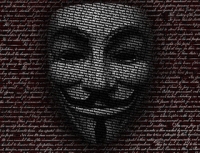 It keeps forum alive :) It was typical argument between fact versus opinion.

Not really, we had 3 weeks of February on this site before NPD numbers were released and it was way off.