Forums - Sales Discussion - Will Crash Bandicoot sell more on Switch or Xbox One?

It will obviously sell better on Switch

All games without ultra graphics will sell better on the switch.

Yooka was out in April last year on the PS4 and came to the Switch in time for Christmas with a lot of work done to it,  9 month wait for the Switch version to get the love it required while the devs also ironed out the issues which appeared after they had dropped the game on PC/PS4/X1, Crash will have been out for a full year on the PS4 before he raises his head on the Switch, my comparison was more a case of "this is a game you could get somewhere else if you wanted to, and it will likely run better on that system and cost you less" much would be the case with Yooka if they didnt pump work into the Switch port to lower some settings rather than drastically lower performance which would have taken them less time to achieve.

As for Physical games.... meh, I've got literally boxes full of games, from the Atari up the hundreds of GC and X360 titles.... having my 40 or so games installed on the Switch with 1 click between titles is fantastic for me, even more as a handheld I don't really lose sleep when something doesn't release on a cart.

(Switch version of Yooka actually ended up being the highest rated on Meta for all that matters!)

Unrelated but.... googling Yooka Laylee info had me stumble over this great stretch goal which must be enjoyed by all :D

Nintendo users dont care about well crafted platformers do they? nah it ll never do well there....
Obvious answear must be the xbox right?  /s

I think It does most on the Switch.

This is still a sales discussion, so your preference for digital games isn't of any importance. I don't think that you will disagree that offering a game in both physical and digital formats is better for sales than having a game be digital-only. 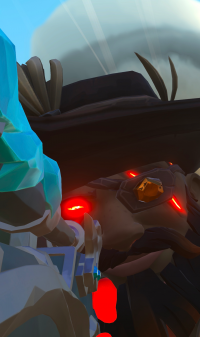 Switch, but I'll probably get it on xbox.

Switch version should walk away with that, primarily because of the more platformer friendly audience.

That said, if it's a bad port you can expect the Switch userbase to shun it.

Depends on the title really, seen so many news stories of X game sold more copies on Switch than on other platforms and that is without the help of brick and mortar sales, I'm not sure if any of those cases happened where the games might have been available on other platforms as a physical release...  only one that comes to mind is Stardew valley constantly being in the top 15 in both US and EU eshops while the PS4 version is tracked here as selling 100k units physically and the X1 version roped in an amazing 30k globally, at that point sorting the manufacture, shipping and retail distribution of that title (especially on X1) cannot have been a profitable experience for 505 games. Think about it, if you walk into a game shop and see a X1 copy of StarDew Valley somewhere in Europe, that game cost money to get there, and over the entire region of Europe mustered less than 10k sales.

Sure if you want to look at it from the point of view that "well any sale is a sale" that's true, but by keeping Stardew limited to digital only on the Switch not only do the Devs/Nintendo profit more from it on the bottom line, but also it streamlines all the sales into keeping the title in the top 15 list like I said so it's keeping it in peoples minds... rather than seeing it in the bargain bin at gamestop.

Just with the demographics of the consoles, and the one Crash targets, I feel it's better suited to the Switch.

Not much of an indicator, but I have a Switch and and Xbox One and will get it in the Switch.

Aye Carl, I mean when they announced WWE was coming to the Switch and people dreamt of how awesome that could be and how it would be the perfect fit on the Switch...

then 2k thought.... "Fuckers will buy any shit on the Switch lol" 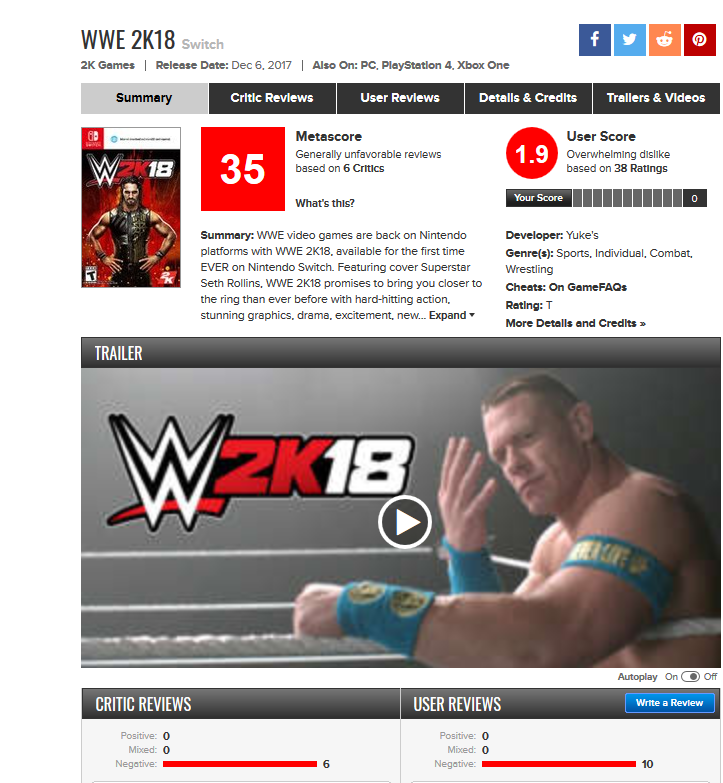 The second lowest rated game on the system just beaten to the punch by vroom in the night sky, a game which isn't even corrected translated into English.