God of War 4 release date got announced today to be on April 20th and Labo has been announced to launch on the same day. So which do you think will sell more?

NA: Lifetime Labo will sell a lot more but God of War 4 will have better sales at the start.

Japan: Labo will sell a lot more at launch and lifetime than God of War 4.

Europe and the ROW: God of War will sell more at launch but Labo will slightly outsell it lifetime.

Overall I think Labo > God of War 4 in terms of sales.

Comparing the 2 games, it seems very unlikely that Labo can get close to GoW in sales, though the GoW sales aren't as high as I thought. I still think the new GoW has the potential to reach sales that could surpass the highest. Labo still seems like a wild card.

GOD OF WAR, i think GOW outsells Zelda on the switch.

Are you expecting GoW to do 3x better than the best selling GoW game so far?

OT: Labo. It's not even a comparison. It will have multiple versions anyway. 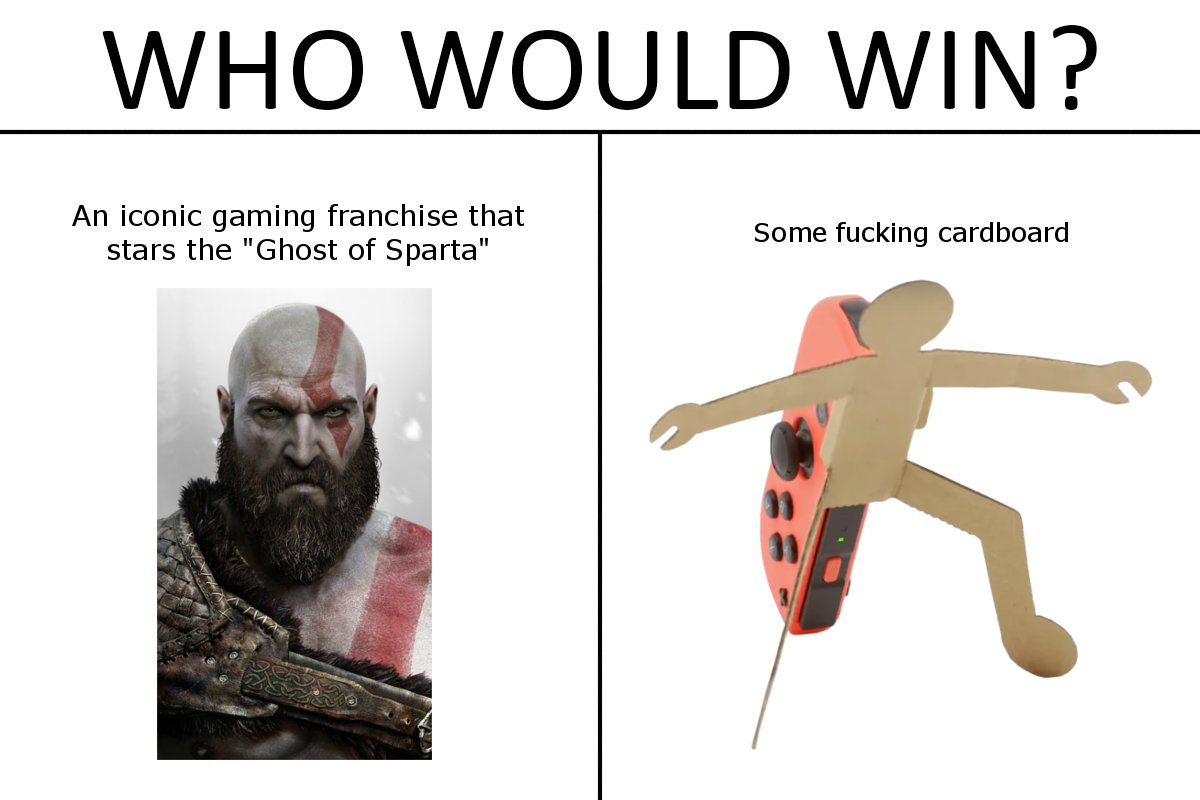 Your console comes packaged in cardboard. Pretty sure cardboard has outsold every electronic device ever. Not only do kids like cardboard but cats as well. Labo will sell to all the cats! Cardboard will win this battle as it wins daily. Solid Snake likes his cardboard as well!

First time I heard about that "iconic" description to that franchise.

Edit: for the OP, I expect one to be frontloaded, and the other to maybe be an evergreen game.


Labo is the winner by default. Even if GoW4 sell more first week somehow