Ok I tried to find a sonic music thread to post sonic music but couldn't find it If the thread got erased then I guess anyone can post here. I'll post some sonic songs then more afterwards.

I like the start at 1:56 of the first vid I once got onto the spindash boost and at 2:00 mark I spindashed with boost thing in gameplay once it sounded better than this first vid without the spindash :P

I liked standing on the rain watching the bee buzzing at 0:44 in gameplay when I played the saturn version

Loved chemical plant act 2 used to speedrun it alot forgot to add it .

You asked people to contribute but you are posting most of the soundtracks.... 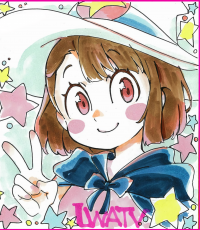 Anything from sonic cd is a masterpiece.It was the musical peak of the series for me.And that's saying a lot.

Sonic Heroes has some of the best music from any of the Sonic games imo, it has so many classics. Most of my picks will be from Sonic Heroes just by itself.

Casino Park is probably one of my favorite themes from them all.

Just hearing some of these songs again is making me want to play Sonic Heroes again! if only they would release it on Steam eventually

I also love the Sonic Colors main theme, including the orchestra version of it during the final boss.

Sonic Forces has some good music as well, the main theme and the ending song especially.