Heck yeah watching closely on that one, Shadow of The Collosus and Dragon Ball Fighters I thought dragon ball was going to struggle but it's reached the 50s

That is so awesome, maybe it can reach the Number 1 spot?

Me and 3 Friends cannot wait for the Game

Don't worry I am here and here is my tag 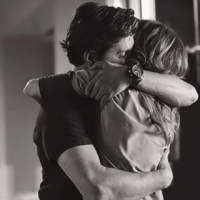 Not exactly 3.5 but at the end of January 2015 (2 weeks before the launch of Monster Hunter 4Ultimate) the game reached #25 in the monthly chart. So right now we can say they are in the same spot but looking at the record MHW has in amazon i think it can surpass it easily.

Yep. It's doing decent on the European amazon's as well.

Lots of my gaming buddies are big ark players so I let them know about the beta. They didn't really give it a chance. They didn't get onto ark until late after it released so maybe they'll do the same with this.

It's looking good so far. Obviously it gets a big advertising campaign in Japan but I wonder what's planned for the West. Hopefully something decently big like what bloodhlborne got.

They've got a huge title in god of war march but they should push this in January.

This NPD will likely be very informative.

Sooooooooooo, looks like Abdiel, the insidiers from Best Buy, which usually tend to overestimate PS4 performance a bit (in comparation to what NPD numbers usually are), said that even on best buy Switch had a better month than PS4.

There are no doubts anymore.

Benji, Abdiel, and Amazon, all points about a Switch victory for the month of December.

yea now i'm gonna have to change my prediction.