Forums - General Discussion - What is the poorest you have ever been?

At one point in my life all I had for meals were thin slices of bread with ketchup on them. Once or twice if I was lucky. For a whole day.

Now if only these were reason to be in debt.

1) They can move, or look for jobs in a wider field where the employer would be willing to assist with relocation, if it's a case of "born in a shitty country and the only way to stay alive is to pick through trash and sell any metals they find" then I don't think they have debt to worry about, since they've never been in a position to get a loan.

2) Then maybe, when they had such a lucrative job, they should have made contingencies for such eventualities, such as, I don't know, savings, realiable investments, etc?

3) Can they deliver newspapers, clean gardens? then they can work, and poor grades in school don't prevent you from getting a low paying job, and having a low paying job doesn't instantly mean you'll be in debt and unable to get out of it.

if you can't afford something, don't buy it.
if you can't get something without a loan, and you don't currently have a job or savings to pay back that loan, don't get it.
If you're in a low paying job, don't live beyond your means, (don't buy fuckin' iphones and designer clothing)
If you get paid barely anything, buy cheat food, shop for clothes in goodwill, live by your means.

Let's face it, people get in debt and fuck themselves over because they want things they cant afford, or fall into the trap of going into higher education thinking that the thousands upon thousands they pay for that education will somehow pay dividends in the end, which reality has shown us is rarely the case.

And then there's people like, Oh no i dont have a job and i've kids to feed and the wife/husband/girlfriend/boyfriend left me, perhaps maybe don't procreate if you're not in a position to support the outcome, or the willingness to do whats needed to support them should the current situation mess up.

Basically, I dispise lazy people who sponge off of the government or run up insane loans and credit card bills because they want to live beyond their means.

My wife is the property manager (aka landlord) of an apartment complex that offers free/discounted housing for people on government assistance AND people who work for a living. I imagine there's nothing worse than paying $600 a month, waking up in the morning, and going to your job and seeing someone else with the exact same thing you have for free.

I know what you're saying. I see it. She's right in the middle of it. Some of her tenants are the laziest, most entitled, and useless people you could imagine. The kind of people I used to have to deal with every day as a cop. She even organized a day where financial consultants and a local comedian came and spoke to her tenants. They just ate the free pizza and ignored the people who gave up their free time to help them.

I know what you're saying. I just know I made a few mistakes myself. I can pinpoint the exact moment(s) where my life could have taken a similar turn. I guess that gives me a little empathy.

Besides when I was born, just some short periods of high debt, that I couldn't pull 5 bucks from the ATM. My mother though had passed some days without food. 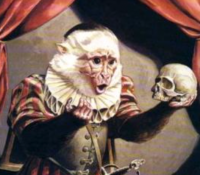 Below broke. About $45k in debt. Those were bad times.

But felt that experience humbled me.

When I was a kid we had less, I guess then.

Actually the poorest I ever felt was in the hospital.

I've been all over..to and fro....high and low....and I can say from first hand experience, money does not buy happiness. With that said..I'm not saying money cant contribute to happiness but it certainly isn't the key to a peaceful life.

Sorry...to answer the question...I once lived in a studio apartment with a bed that retracted from avwall. Lol. I was a kid but still...it was pretty bad...

When I decided to become self-employed in 2011, it didn't work out like I planned it. It didn't work at all. But because I really wanted to be an author, I just stuck to it. In the beginning I made like maybe 100 € a month. Not nearly enough to even pay the rent, despite me working 12 hours a day, mainly to find new clients. But as nobody knew me, nobody wanted me. It didn't take long for me to not being able to pay the rent and get in debt. In the end, I became homeless. But that didn't stop me from working! All I needed was my laptop, my cellphone for internetz and that power plug in the McDonald's at the Frankfurt main station and I was good to go! Thankfully, my clients didn't know that their articles were written by a homeless guy, lulz.

It all got better with time and in 2012 I finally started to earn some real cash with my work. Now the real problem was to find a flat. Here in Germany we have the Schufa. If you are ever in debt, you are being mentioned there and every landlord and their mother want that info. You don't have any chance at all to get a flat if you are in the Schufa. But I found a way around that. I just got myself an office. There are other rules for getting rooms for commercial use and in short it was a lot easier to get an office. Technically I wasn't allowed to live there, but nobody gave a shit. I paid all my debt, got out of Schufa and in 2013 finally found a flat again and continued a normal live.

Ever since then everything just went up. I earned more money, I make quite a decent living and my articles made it into a lot of magazines and newspapers, which I'm quite proud of. Today I enjoy a lot of freedoms. Like the ability to live wherever the fuck I want. Last year I spontaneously decided to move near the sea, because I love the beach so much. If I ever get bored of it, I'll just move somewhere else and take my job, which I love to death, with me. On top of that, I am my own boss. If I don't want to work, I don't need to. Simple as that. I love it.

Because of all those benefits, I wouldn't do anything different even if I somehow had the chance to do it all again. It sure was tough back then, but it all paid out in the end. I may not becoming a millionaire or something, but I do just fine and I enjoy one hell lot of free time. Most of the time I work 2-3 hours a day and that's it.