Forums - General Discussion - Would you hit a girl in the face?

Would you ?I've seen many men punching their girlfriend hard right back because girlfriend punched him first . My dad got punched in the face hard by my mom and instead of punching her back he forcely bend her over slapped her ass very hard like how dads back in the day punished their children . My dad never hit a girl stranger in the face too. Also what you do if her punch hurt you?

I make sure I don't get hit, but if you throw a punch meant to hurt someone don't act surprised if the person throws a punch back. Whether you have a vaginas or not is not really an excuse. I think a man has the right to defend himself even if it's from a woman since a woman can also really hurt a man and there are woman who are physically stronger than man. Besides never punch the face a liverblow is more effective and less damaging to neutralise a person who attacks you, especially if the attacker is drunk.

I wouldn't even punch a man or an animal in the face unless it threatens my health.

While there are certainly women who could hurt me, in my experience thus far it's not particularly hard to just hold many of them at arms length while trying to speak some calm sense into the situation. Then again, I've only had this sort of experience with inebriated women.

I think it depends on the circumstances, but generally the male is far more capable of extricating themselves from the situation without either party suffering serious injury than the female is. I'm having a hard time thinking of a circumstance where I'd punch a woman in the face, unless perhaps she's in arm's length and is some lunatic with a gun or something.

Otherwise, I'd just leave... I once had a seriously drunk girl at a bar accidentally burn me with her lit cigarette and when I informed her of this she spit on me (she was trashed and already quite angry for seemingly no reason); I won't lie, a part of me wanted to chuck her across the room at that point and it was probably the closest I've come to actually wanting to harm someone (not for the accidental burn but that she had the nerve to spit on me for warning her as she continued to drunkingly flail her cig hand about), but I kept calm, the bouncer threw her out despite her hilariously emotional protests, and about a minute later I was given a free beer and had a funny conversation about it while none of us were hurt (outside of my cigarette burn lol) or faced future legal issues.

It's just better to avoid hitting someone when you can, and very rarely with either gender are you left with no options.

No. I wouldn't punch a man either.

If it's a nice conservative white girl - never. A dumb liberal, antiscientific feminist - yeah, with a pleasure.

Only if it threatened my life. Same for a male. I let myself punch a few people before and it gave me the adrenaline rush to know if need be, I could easily kill someone, and I don't trust my anger not to. So it is in my best interest not to hit someone else at all.

So, no, I wouldn't. You must be reserved to the best of your ability 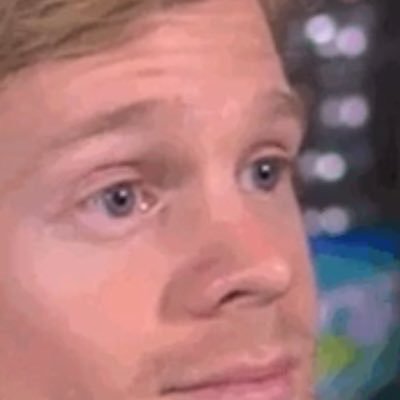 Edit : The only time I've ever got punched I threw my lunch food on the ground and slammed my phone on concrete ....

I was more upset and angry than violent ... to this day I cringe back on that so hard.

So no, I wouldn't. I'd be too scared that i'd come off as a pussy

If I can have the mental strength to ignore that post, so can you. It's not fair that I have to be the adult here now and you can just post memes.

I've actually had pretty much that exact same thing happen to me, except instead of spitting at me, she threw her drink in my face.

But ya....just take a deep breath, and whoosah for a sec. You're pretty much never gonna be doing yourself a favor by punching a chick