I think he abdicated the leadership role of the presidency in many ways by failing to step up and lead the country at a critical moment last weekend by bumbling his response to Charlottesville not once, but *twice* in total gong show fashion.

That will define and haunt his presidency from here on out much like Hurricane Katrina dogged Bush.

If Mueller impeaches him at this point that's just icing on the cake.

"Leftist media have been attacking me whole the time (...) How can I do my job properly if I constantly have to deal with people lying about me? (...) That's why I decided to take a step back in favour of my good friend Mike Pence, who's almost as great as me. (...) We won't let fake news break us! Today is a victory for America!" 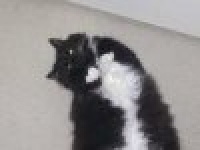 how can he be impeached by "bumbling" his response? its not like he said anything inflammatory. he condemned the violence and irrational hatred, i dont see what the problem is.

They are trying to impeach him because the Trump organization has taken money form lobbyist from other countries like Saudi Arabia.

I'm saying he's already shown himself incompetent to lead in the eyes of many. He said many inflammatory things, that "all sides" and "many fine people ... on both sides" will dog him for the rest of his life really.

There are moments in a presidency where a leader has to step up, and he blew it.

Impeachment is a seperate issue from that, I think in the eyes of many he is morally bankrupt as a leader and that impression is not going to change. The Nazi/KKK issue has completly blown up in his face, he was able to wink it away before by not associating too much on it and moving on to other issues in the campaign, but now that it came into the open and his response was so transparent, he has painted himself on the wrong side of history.

ok. i havent been following the trump saga very closely, but if thats the case then i understand. i thought this was about the statement he made regarding charolettesville

Most people who scream for impeachment don't seem to have any idea what impeachment actually is. They seem to think it just means to remove a President from office, when it's just an indictment of crimes. Removal from office requires him to be found guilty AND a vote in Congress, which is Republican controlled right now.

I don't like Trump at all, but we need a garbage truck full of proof of criminal activity before he can be impeached, let alone removed from office.

i see. well, i hope he does a good job with whatever time he has left.

I'll be highly surprised if this goes anywhere.

Mh, i'd say 16 month at the most and he's out. Whether he gets imoranged, quits himself, or the stress gets to him and he suffers a stroke.