You only had dual analog because of the N64, the SNES had shoulder buttons, Sony added extra ones, not saying Sony does not deserve any credit for that, as it did enhance the gaming experiance, But Nintendo consoles added these key features on their controllers and in games which has guided the gaming industry to where it is today.

You cant just say this is the most important console because it sold well. I agree with your last point on the games, like i said i owned a PS1, does not blind me to the fact that the N64 was a more important console, 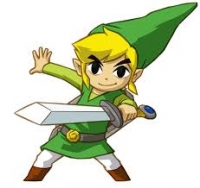 I had to go with Atari, since it was that console that really kick started the entire console industry. A very close second would be the NES. After that I'm torn whether to put the Gameboy or Sega....

The SNES was my first console for 2 years, PS1 was the life chance and the big step forward step on gaming future
and the name playstasion continue to evolve the gaming for more than 20 year and beyond
(The demo cd that was with PS1 was nothing like i was playing on SNES) SO THATS THE BIG IMPACT ON GAMING
:) :) :)

But i vote for xbox because there is no vote for the Magnavox Odyssey console!! why the first gen of consoles is not here?

Sales are, without a doubt, a huge factor in how important something was though. And I think easily a whole lot more important than some of your reasons.

4 controller ports? That seems to have been rendered completely obsolete already.

Analog stick? Popularised it, yes. But Nintendo never introduced it. There were analog sticks before the N64. And I'd argue that dual analog is a much more important improvement than single analog.

Rumble? Sony released a controller with rumble in the same month as Nintendo's Rumble Pak (April 1997). Sony may have even been first, with their Dual Analog Controller (with rumble) releasing on the 25th and the only info I can find about the Rumble Pak is that it was bundled with Star Fox 64 which released 2 days later on the 27th. So to give Nintendo full credit for that and Sony nothing just doesn't seem right.

Free roaming camera? Yeah, fair enough that's an important advance. Don't think it comes close to the importance the PS1 had on the growth of the games industry (particularly in Europe) though.

The Atari 2600 for starting it all with the nes a close second for bringing them back again.

The Nintendo Entertainment System - I don't even know how that's debatable. Without this system, none of the consoles listed besides the Atari, which predates it, would have existed. And it's not just the systems, but the franchises that come with them.
No NES? Guess what:

No Mario.
No Zelda.
No Final Fantasy.
No Dragon Quest.
No Castlevania.
No Metroid.
No Sonic.
No Crash.
No Pokemon.
No Halo.
No Call of Duty.
No Uncharted.
No Last of Us.
Gaming as you know it today would not exist had this system not come out with the games that it had and taken off the way it did.
Now one might say that "someone else might have come along with a system of their own." True, but would that company have been AS successful? Would they have been successful at all? Or would they have failed miserably? Would they have had a franchise that would have done for the system and gaming, as well as be in the position that Mario is in now?

The PlayStation 1 and the Wii I'd say are 2nd and 3rd most important because they helped expand gaming's reach and appeal to incredible levels of popularity and different audiences. But those systems would not have been able to do that or would have even been made, had the Nintendo Entertainment System not come into fruition.

The PS1's biggest contribution to the industry was providing a friendly environment for third party developers. In terms of the games which were actually made they didn't change that much from the previous generation, and if the PS1 never existed franchises like Tomb Raider (which was not a PS1 exclusive) and Resident Evil (RE2 was ported intact to the N64) would likely still have been made. But Sony's approach put an end to the previous state of affairs where the console manufacturer had near total control and the developers and publishers just had to deal with it.