I think for sure there will be at least these 7:

Some games that I think are possible to sell 1 million in the first year are:

But yeah at the very least there should be 7, but I would guess like 9-10 or maybe over 10 considering all the possible stuff that hasn't even been announced for Switch yet. (Such as what may be announced at E3).

At least these 6 are sure bets:

Then, depending on their release date, Dragon Quest XI and Skyrim might have a chance and maybe after E3 some more could be added. It doesn't need to be Pokemon, Monster Hunter or Smash, a proper Animal Crossing game should easily set Japan in fire. 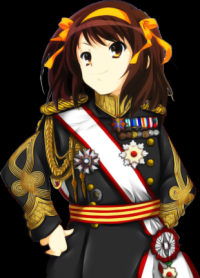 Part of me wants to say it won't sell well, but considering the interesting mechanics, the variety of games it's including, and unique games like breath of the wild, it might do pretty good.

At least 5 is guaranteed, unless Odyssey is delayed

Will have a better estimate after E3

I think all of the following will have a huge chance:

if Xenoblade 2 launches this fall I think it will have a great chance of doing well, Switch owners will be hungry for a big adventure game

that's 8 that I'm fairly confident will pass a million by next March, most of which will do it at launch

then there's a massive chance (but obvs uncertain) that the following games come close:

Bomberman (shocked to say this but I in no way expected it to be at over 500k this quickly, might have more appeal than I realized)

so I honestly think there's a fairly decent chance that the Switch has like 10+ 1 million sellers have only a year. Pretty remarkable considering it will only have had one holiday season then... but quite possible. I think Mario Kart, Zelda, Odyssey, SKyrim, SPlatoon are all shoe ins. I think Fifa (particuarly because of PAL/Europe), Minecraft, Arms, and Xenoblade may all do great as well.

all it really would take is a few surprise popular third party announcements at E3 that come out in the fall and they're there at over 10 one million sellers. Bear in mind if someone like Capcom announces a Monster Hunter or Yokai watch like game, that's a guranteed million seller. Or even hypothetically if Nintendo randomly has a SMash port for the fall or some obscure Pokemon game. I think there are just a lot of possibilites to get a few more million sellers. The Switch fanbase so far has been seemingly buying a lot of the games that come out, with Snipperclippers and Bomberman having surprisingly great sales

Some good points out here on "what new games are not yet announced?"  The system is selling great, the right Christmastime ports would likely sell million+:

Not that I'm saying we will see any of these games announced, but is it more likley that Switch sells great for 8 weeks and nobody announces any interesting new games for it at E3?

Five (in no particular order)

I'm not too sure about Skyrim crossing the million mark.

Sure, it's a very popular game, but it's also 6 years old, and already available and cheap on PS4/PS3/360/Xbone/PC.

It's something of a wild card the way I see it, could go either way.

Zelda is already a million seller, Mario Kart 8 DX is at ~740k based on one day of US and three days of Japanese sales, and by Nintendo's own statement, 1-2 Switch is almost there. I would say at this point we have three confirmed million sellers.

It's tough to decide how many more there'll be. Out of the games announced at this point, I would say Super Mario Odyssey and Splatoon 2 are certain to hit 1 million, and Arms and Fire Emblem Warriors both have a good chance. If Smash Bros and Pokemon Stars come out, then there's two more that are practically guaranteed million sellers. Depending on when they release, third party titles like Minecraft, Dragon Quest XI and Skyrim might have a shot too. If Capcom bring a Monster Hunter title out by the end of March 2018 on Switch (they have confirmed a major title will be launching by then, no format announced), then we would have another million seller in all likelihood.

So I'll say 10 plus, with 3 or 4 third party titles joining 9 million selling titles from Nintendo. Some of Nintendo's titles (Mario Odyssey, Zelda, Splatoon, Kart, Smash/Pokemon if real) could all be in the 3-5 million range if Switch does well enough, too. Hell, Zelda basically already is.

Pretty much these, ARMS could be a surprise hit and possibly 1-2 Switch (surpringsly enough) or bomberman R