Not really. He conviently forgot some important points: Nintendo hardware has always been designed pricetag first. NES had been a 16-bit console, if 16-bit processors had not been so expensive. Yeah, NES is just about as powerful as as it gets with hardware for it's price. SNES was pretty weak hardware , even Neo Geo beat it in specs, but it's just as powerful it gets for it's pricetag. N64 fell way short of the initial 500MHz that would match SGI workstations back in the day. But, it was powerful hardware for it's price. Gamecube had it's GPU downclocked in the later stage of development to cut the cost of the hardware - but, for it's price, the specs are good.

His argument was that starting with Wii, Nintendo has changed it's philosophy - which isn't quite true. Nintendo's hardware has been powerful in relation because of the late launch. Had Wii (initially designed with "99" philosophy) been released in 2008, we'd likely had a system that would powerwise match 360, and the pricetag had been as low as it was. The same goes with Wii U, if it had later release, without the gamepad, it would be as powerful as PS4 and X1, but cheaper. The same with Switch, it's just as powerful as it gets for it's pricetag.

Another thing to consider is the market. Also conveniently forgotten in the rant. There were the game centric microcomputers that were far more powerful than any Nintendo hardware at the time, which would be the correct comparison for todays market, whereas the games consoles, such as PS4 and Xbox 1, have become the microcomputers you use for other stuff than gaming. His comparison of NES to Master System and SNES to Megadrive would be today to compare hardware of Wii U and Switch to Ouya and Shield, for example. Whereas PS4 and X1 could be something like Amiga or Atari or Commodore or Apple home computer of 80's or 90's.

He's 32 years old. He spent the first 18-20 years of his life being a die hard Nintendo fan. He actually got his start in the industry writing game walkthroughs for his favorite Nintendo games in his own free time that were so good, IGN asked if they could publish them and hired him to make more. He was actually supposed to be hired on for IGN's Nintendo division, but a better opportunity opened for him in the Playstation division so he took that instead. As the years went on, Nintendo started falling out of favor with him when Nintendo's competition started making more compelling game playing experiences than what Nintendo was offering.  However, over the years, he still picked up all of Nintendo's consoles, and played and continues to play almost all of their mainline franchises the same way he did when he was a tween. He still is a huge Nintendo fan, he just refuses to blindly support every terrible decision they make, and instead now looks at their from a more grounded, realistic perspective than he did in the past.

And here you are dismissing him for that. You're criticizing him becauase he's willing to continuatlly re-evaluate his stance on the video game industry, and which company offers a more compelling gaming experience for him as the years go on, and not just stick to Nintendo for generation after generation like you have.

Got it. I hope you don't pride yourself on being open-minded.

He's been trashing them for a while, with a very close minded outlook on them. He isn't open minded. His last video is proof enough of that. He has a very specific list of what he wants in a console, and complains about whatever strays from that list. That hardly passes as "continually re-evaluating his stance on the video game industry". His stance is specific, and because Nintendo doesn't fit with it, he made that video. That's not being open minded. He's quick to jump to every negative conclusions possible instead of giving Nintendo the benefit of the doubt until they reveal what's left to be revealed about the console.

And you really have no idea who I am if you think I "just stick to Nintendo for generation after generation". That part of your comment is quite laughable.

And yes, compared to him, I am a much more open minded person. =)

I've never seen the guy rage so hard until I watched that video. But you can't blame the guy, he is right afterall.

You're joking right? So being criticial of a company means he's being closed minded about them? Hilarious. He doesn't like some of the decisions they have made and continue make that indicate that they clearly haven't learned from their past mistakes. Just so we're clear, to be open minded about Nintendo to you is to blindly trust them to make choices consumers want despite their history.

Why should he give Nintendo the benefit of the doubt? Have you seen what they've been doing the past 15 years? Nintendo is doing the same thing over and over and expecting different results. Last I checked, many people call that the "definition of insanity".  Do you even think it's acceptable that this console is coming out in less than six weeks and we don't know this information? Can you really fault someone for treating Nintendo's lack of transparency the same way people treated Microsoft suddenly no longer revealing Xbox One sales? Can you name a time when Nintendo's lack of transparency and vaguery about announced products actually lead to something ending up better than it sounded initally? Because I can't. It's far more realistic to not give them the benefit of the doubt. They have lost that privledge.

This whole debacle reminds me more and more of the Xbox One reveal three years ago, and we all know how that ended up.

As for me overestimating your Nintendo fandom - You're one of the 7 people on this planet that owns a Wii U. I haven't met a Wii U owner yet that wasn't a die hard fan.

While I'll enjoy the Switch as I'm sure there will be some fun Nintendo games, yeah sadly I think you're right. Nintendo will never be what it used to be.

Nintendo keeps actually doing different things all the time and expects to have the same results.

What information should we be knowing we don't know yet?

Nintendo really doesn't do anything different than its competitors, it's just that Nintendo makes these features mandatory to use, while Sony and MS make them optional.

What information should we already know about the Switch?

- It's online plans should be laid out clearly and concisely. How much does it cost? What features does it have? How does it work? Will there be a free and a paid version of the app? Is the paid app the only means of match-making and voice chat? Are those free NES games actually free download, or just games with temporary monthly access?

- Virtual Console - does it have one? What platforms are going to be supported? Will Nintendo fans have to rebuy virtual console titles for the Switch? Will WIi and Wii U digital downloads bought for those platforms be playable on the Switch?

- What kind of apps will be available on switch, if any at all? Will people be able to watch youtube videos on the Switch? Is there a built in web browser?

- Is there any trophy/acheievement system? Sorry but "no comment" isn't good enough. They should have a definitive answer, even if it's not available at launch.

That's just off the top of my head.

Sorry, there is absolutely no reason to not have the answer to all of those questions right now. The launch is less than SIX WEEKS AWAY! People need to know the answers to these questions to be able to make an informed decision.

Considering the paid online launches six months after Switch, I don't think there's not much to tell at this stage, nor there's a need to. Virtual Console is a good point, but youtube and browser are rather irrelevant, as I don't think anyone is really getting a Switch for youtube or browser - even if those are both applications I've used on Wii and Wii U and liked them. 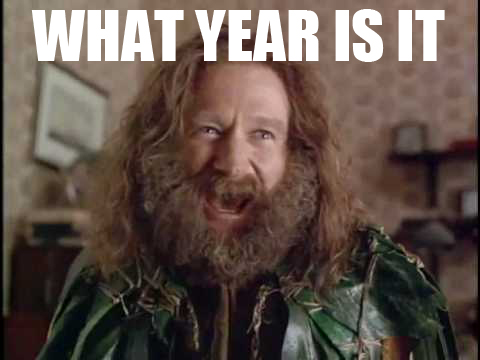 This is 2017, and the online portion of a console is launching over six months after the console? Completely unacceptable.

Even then it still doesn't justify that these details haven't been laid clear. Nintendo has to know the answers to all of these questions already. There is absolutely no reason to be vague about this. No reason to give details at this time? Tell me, if you buy a Switch thinking that the online feature can't be more than $50 a year, and it turns out it's actually $250 a year, and that app that's required for voice chat? Ohh that costs $60 for the full version, and is only free for plain text chat. Would you feel decieved or mislead? Would you wish to know this BEFORE you bought a the Switch, perhaps? This type of shit absolutely kills interest in a product.

And again, what the hell is with many Nintendo fans acting like because they don't use a feature, that feature is totally useless and unnecessary. Great. You don't plan on using your Switch to watch netflix or youtube. Get your head out of your own little world, and consider the wants and needs of other people. As a father of a young child, my PS4 and PS3 get almost as much use playing pokemon, other cartoons, and youtube as they used for playing video games at the present. I would never buy a console without those features, as it's absolutely ridiculous for me not to have them.