Went adventuring a bit today, a notable find this time was a human prison base. The people there weren't too happy to see me. I think they should just listen to the poster right by me...

Also, here's a full pic of my house that was used in the OP banner~ It's still a WIP...

Hey you found one of them prison areas that I ran into a few days back =P.

Also your house is miles better than mine, I;m too much of a space hobo and built my temp home on my ship instead. I'lll look into building a place on one of the water worlds though, like me an underwater base. Also a moon base is good for that colony rent money I hear.

Yeah, I thought it would be good to post a shot of the prison

And I made the house JUST for the banner for the thread. I wanted to do one based on the tune with the same name. You know the one....

What you wanna do sounds like it'll be a lot more work, but would def be cool to do. I'd love to see screenshots when you do it. Also, doing a colony base on a moon would be cheatiing : T I know about that trick...

Well, I continued on my journey and found a few more things. Such as...

Hey look! I found the planet of the apes!

i will not submit to the Big Ape!!

Found these rather scary looking creatures, including flying robots and monsters with giant eyes for faces!

Ran into a toad's mushroom person's house! Complete with a mushroom roofing.

I also found the Japanese a hylotl village.

Pretty good trip this time around.

Well. We hit the jackpot. Since we have a megathread deity in charge, this thread is probably going to be pretty lively.

House you say? My nephew and me call them bases. This is our current one:

Bases..? Which means you have more than one..? Man, I only have 1 so far, and I barely have a colony of 2 tenants. I hope to have a big community going like yours, and it's an underwater base too. That's even cooler xD It's a really nice set up, and I really like how you set up various small rooms. Mine tend to be very big, similar rooms.

I tried the game out last weekend. The core gameplay of mining, building, and exploring is fun. The lore and art direction are fantastic and original. The controls for movement and aiming could have been done a lot better. There's no momentum, acceleration, or deceleration in running or jumping. With the press of a button, main characters go from not moving at all to moving at a steady pace. This makes the controls for movement feel stiff. Aiming your projectile weapons with the mouse cursor is clunky and slow. I don't like having to drag my mouse all the way over to an enemy just to aim at it. It would have been simpler to just use analog controls for aiming like Hyper Light Drifter.

I discovered how to build a snowman, but for some reason I can't see the option for snowman in my UI. The same goes for Carrot Juice. I think these may be bugs.

It's kind of disappointing that there isn't a map to keep track of where you've been. Putting torches everywhere is a little time consuming.

Don't get me wrong. I've been enjoying the game a lot. I just wanted to see if anybody else is having issues with the controls, and lack of a map.

Finally. How do I teleport back to my ship, and how do I put items in the L/R slots? I've tried putting a bow in my left slot, and a sword in my right slot, but one always replaces the other.

Heya! It's cool to hear you gave the game a shot and enjoyed it. I can see what you mean with some aspects of the game. When things get hectic, aiming with a projectile can be a little hard to do, especially when you're trying not to die... After awhile, you sort of get used to it. There's also a special attack with most weapons if you right click the mouse with the weapon in hand. Movement is okay in the beginning too. There are powerups that let you sprint, dash, double jump, triple jump, and so on. So many those will make movement feel better.

As for making a snowman, you can craft it at the wooden work bench. And for the carrot juice, you need to build a kitchen counter, which you can make from the inventer's table after you've upgraded once. So it takes a bit of progression to make fancier foods.

If you want to beam back to your ship, you need to be outside on the surface and click on a icon on the right side. It's the last one with an blue up arrow. And for the L/R slots, some items take up 2 slots, so not all items can be put on each one each, sadly.. : /

I don't have a problem with getting lost. On the surface, I place a torch down to mark if I've been around the planet once, and for underground, you don't really have a choice but to put torches just to have light in the caves. It does get tiresome having to place so many of them as you progress downward, yeah. 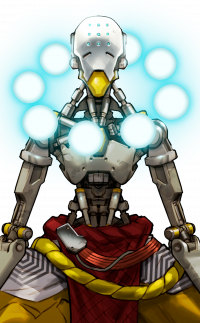 Haven't played in a few days, but this game sucks me in every time I do. Can end up playing for hours without realizing it. Kinda like Minecraft in that regard

I'll have to take some pics and post them sometime.