Guerrilla Games’ Horizon: Zero Dawn for PS4 has been announced for a 2016 release, but according to industry insider Shinobi602, the game is going to be delayed to early next year.

Shinobi has pretty much always proved himself reliable, and he seems to have solid contacts for this specific game. In fact, he was the first to talk about Horizon: Zero Dawn‘s themes way before the first artwork was leaked, including the reveal of robotic dinosaurs and the title’s red-headed protagonist.

That said, at least until Sony Interactive Entertainment makes an official announcement, you should take this with the customary grain of salt and consider it a rumor.

Well, thats too bad. Was looking forward to it this year. 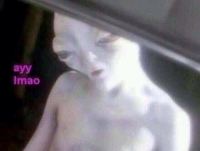 Like I'm sort of annoyed but personally I've been working through my backlog of games so if it gets delayed it gives me more time.

same here, this game is one of the biggest reasons i plan on getting a PS4

Thats sad to hear.I mean for you guys.For me, Ill have a backlog so big to go through, I wouldnt mind if this game was delayed until 2018!Yes, its that big.

Not surprise, and can't say I care a great deal with all the other games coming.

Better to take the time, especially with a new IP

I'm not surprised. An ambitious new IP third person action/adventure RPG from a studio that's only really ever done fairly linear FPS. I think if they announce a delay now for Early 2017, it will probably get a further delay until holiday 2017. Personally I think they should just give themselves that full year delay so they have all the time they need.

I don't see the delay being related to PS4.5. Sony has known about PS4.5 way longer than anybody,
so would have announced PS4.5-related delay long ago (without needing to say it was PS4.5-related) if that was the case.
Simply releasing the PS4.5 "port" is easy enough, only requirement is 1080p and equal/higher FPS.
Any further special FX could be released as post release patch whenever they're done, no biggee.
Nobody would be surprised if the game was delayed even if PS4.5 never happened, that's all that I'm seeing here.
(now maybe with PS4.5 optimization work, it will be delayed 6 months instead of 4, but they still miss the holiday target regardless)