So two posts complaining about something that has nothing to do with anything. A majority of peole felt this game would not make 2016 even before the PS4K announcement. But hey why would people miss a chance to take a jab at the PS4K lol. So now everything delayed will be blamed on the PS4K....makes no sense but hey to each his/her own i guess.

Not even a bit shocked. 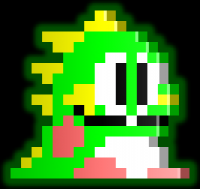 You honestly believe the ps4k Isn't going to cause a flood of delays?

Well of course it is, as well as every game to meet NEO specs will be delayed, this is going to suck. Sony just handed the lead to MS unless they do this also. I'm so bullshit about this as I'm sure Developers are also since there is yet another skew to dev for. "Hey Nintendo here is your hole"

The bolded definitely isn't going to happen lol. That is some LONG reach right there.

But to be honest since the PS4K RUMORS have not been confirmed yet and everything is still speculation we can't say if it has or even will causes delays. We don't know enough about the PS4K/NEO yet. But for some reason people love jumping directly to the negative about it....splitting user bases, causing delays, betraying customers, I will never buy a Sony Product again, will never buy at launch again etc. Like really? NOTHING has happened yet but it is all bad and the blame for the worst all of a sudden lol...i

Shame, I was hoping to snag a Horizon PS4 bundle this Holiday. Hopefully there will still be some FFXV bundles left by Black Friday.

We are how stacking releases at Christmas worked out for Microsoft.  They don't do diddly squat.

And it's because the mega 3Rd party franchises gobble up this window.  So they end up wasting potential and having like one game for the first 8 months of the next year.

Meanwhile Sony continually have their games releasing in the first 6 months.  So they aren't competing with the mega hitters.

Maybe it's a coincidence Sony's games always get delayed from winter to spring.  or maybe it's a tactic.  Either way it's good for them and good for the players.

I'm not surprised if this is true. I've just come to accept these things when it comes to Sony exclusives. Still one of my most anticipated titles though.

Nothing new here that's just the internet for you with people talking bad about something (or even shit) they don't have any info on it.

the good old the world is going to end because ..... reason^^