Market research firm Superdata says the digital games market in 2015 was worth $61 billion across all platforms, an increase of eight percent over 2014. Digital sales on consoles saw the greatest year-over-year jump at 34 percent, but the big dog in the digital pack was none other than League of Legends, with 2015 revenues of $1.6 billion dollars.

Number two on the overall list is the mobile game Clash of Clans, which pulled in a very impressive $1.3 billion over the year. But the PC rounds out the top five with Smilegate's Crossfire (which will soon be brought to the West by Starbreeze) at $1.1 billion, Dungeon Fighter Online from Neople at $1.05 billion, and the ancient, immortal World of Warcraft, which in its 11th year of existence earned $814 million dollars.

Perhaps unexpectedly, given the rise of mobile gaming, the report also states that the top ten PC games actually pull in more money than the top ten mobile games, with $6.3 billion earned on PC compared to $6.1 billion on mobile. The overall gap in market value is even wider. 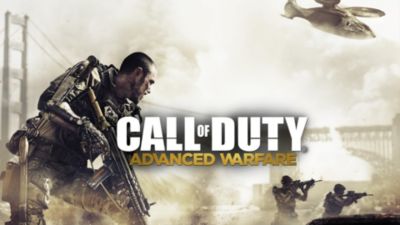 Find more at the source: http://www.pcgamer.com/pc-digital-sales-outpace-mobile-reaching-61-billion-in-2015/

Even more data at: https://www.superdataresearch.com/blog/us-digital-games-market/

Overall great news for the digital future and for the gaming market as a whole in all sectors.

I'm just hoping that consoles don't end up becoming digital only anytime soon, I'd probably lose some interest in gaming if that happens.

I'm hoping the same too since I still prefer physical games over digital games when it comes to console gaming.

Still - I guess I'm part of the problem since majority of my gaming purchases (hardware excluded) came from digital purchases from Steam/PSN/Eshop XD.

With more and more great digital only titles on console it's no surprise. I bought games like Vanishing of Ethan Carter, Ether One, Outlast, Slender, Everybody's Gone to the Rapture etc. Plus free to play games (with pay models within) getting more popular along with DLC/microtransactions.

Not only that but it makes it easier to access especially for games that you cant find physical copies anymore.

Not to mention the constant sales promotions that PSN/XBL/Eshop/Steam and other DD's provide throughout the year.

There's also a lot of stuff like you mentioned @ bolded/italic and special promotions like giveaways on PC and the monthly free games on things like Xbox Gold and PS+ give the digital market more attention. I think its gonna get bigger from here on out but it may take a few years for something like Ultra mentioned to happen imo - not this gen and probably not next gen.

So, which brought in more revenue? Mobile or PC?

Digital games have been getting huge advertising. Celebrities especially realize it's easy pocket change if a game or app does well. Add in developers and publishers killing off retail and there you go. Well that last part was mainly for Nintendo.

Interesting that the top 3 games are mostly played by people in Asia.

Great to see console digital growing at the fastest rate. It's going to be a major player by the end of the gen.

Also good to see pc still ahead of mobile.

According to the article they are just going by the top 10 games/apps on each platform with PC top 10 outselling the mobile top 10.

I would say more than likely mobile considering the ecosystem gets far more releases between Android and iOS. When you have games like flappy bird making millions (or it used to I mean) people will be willing to pay the same for similar games on the easiest to access platforms which would be their phone - also it wouldnt be surprising considering the casual market mostly is on mobile devices (phones and tablets) rather than PC.

That isnt a surprise either - there's something about that region of gamers that just love to play MMO/MOBA type of games - as for me I'm staying away from it :x!