I think it has something to do with the remake. NX is getting that bad boy.

Like Snake and Ryu were marketing to get Nintendo fans hyped for their games that never came to the console?

It's not just about marketing games. It's also about getting fans to pay money to buy the character, or the game. Cloud is very popular. Win win situation for both Nintendo and Square. 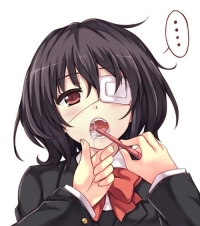 i think it's cemented the future of the series, in that Smash Bros. will no longer be a "Nintendo game" in the sense that it features a Nintendo cast + at most a handful of guest characters. I think it's pretty clear that with the direction they're taking it, Smash Bros. will be a much more inclusive series in the future in terms of character roster, and will become sort of like a video game hall of fame of sorts.

All I'm saying is that I don't like the idea of characters who haven't had a very large presence on Nintendo consoles being in smash.  I will feel that Cloud being in smash would be justified if he comes to a game on a Nintendo console.  I've never really liked the idea of snake being in smash as he hasn't had a very large presence on Nintendo consoles, while Ryu kinda has with how big Street Fighter II was on SNES.  Either way this is just my opinion on which characters should be included.  I understand it makes money for the companies, but I would rather have someone relevant to Nintendo instead.

Very true. In that sense I completely agree.

Well if anyone remembers as far back as the SNES era, they would also remember FF VII and Cloud. You couldn't read a gaming magazine without seeing FF VII being covered in a big way for a long time. And that game was originally intended to be on Nintendo's console. But it's not like Nintendo fans were oblivious about one of the most popular games of all time and it's main icon, just because it appeared on a different console.

Though Ryu has certainly appeared more often on Nintendo consoles since. But Cloud was at least in Kingdom Hearts games for Nintendo handhelds, and those Final Fantasy rythm games for 3DS.

While I do question whether or not FF7R will make it to NX. I do think it's possible for FF7 OG to appear on Wii U and 3DS as a VC title

I'm fine with smash bros including the most iconic characters in gaming. Megaman, sonic, ryu, pacman, and cloud are great additions as guest characters. It would also be great to have snake back since he is widely requested by smash fans due to his zoning playstyle (along with iconic franchise).

As if cloud is on that caliber :p 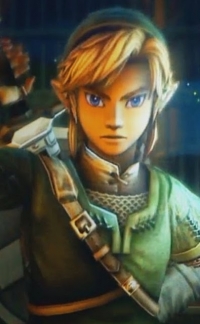 A much better question