Will Forza 6 make it to Windows PC?

Forza 3 was the pinnacle up to this point (still to play FM6 however).... all other "competitors" in that genre of racing have been getting obliterated by Forza ever since. 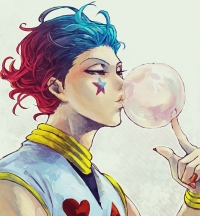 I have it (ultimate edition, so I can play it right now) and fuck yes, it's the best racing game I have ever played.

So, because there is a less realistic game with the Forza name that automatically makes Motorsport a sim?

I'd also love for you to point out where anyone said anything about them making it as arcadish as possible.

Oh, I didn't realize King Video Games declared Forza a racing sim. Someone better tell Turn 10 that they've been wrong about their own series this whole time.

Edit: Let me just add, I've already played the Forza 6 demo and it's awesome. Easily the best game in the series as pure gameplay is concerned and probably the best racing game I've played in a long time.

You really dont get COnegamers point, do you? For many iPhones are the best mobile phones in the world. They believe that top-notch benchmarks and performances, simplistic look and app optimizations outwigh the hefty pricetag. So yeah, yopu are simply taking your own subjective look at products and project them as facts.

I personally couldent care less about F or GT (lets be honest they are the 2 biggest rivals at the moment), as I am not a fan of semi-simulators (as one of my friends like to put it) and Im more an arcade-racer type myself. Never the less, GT is still hugely popular, and it has to be for a reason...

It's on Xbone, so it will probably never match GT in sales or graphics, but in terms of gameplay, the only game for me that comes close in recent history is Dirt Rally. Speaking about the gameplay in F5 and the improvements seen in the F6 demo.

Project CARS isn't much of a sim either not compared to Assetto Corsa and other PC titles anyway.

That's true, but it's head and shoulders above anything else on console.

You say FM isnt a Sim but..

FM6 is helping racers use the new Ford GT?

If that doesnt say Simulation then i dont know what else to say. Why would they use an Arcade racer for training?

Also its been noted by many reviewers

Heres a quote from Gamers Association

*Gran Turismo has since become a series lauded for its long, (sometimes) questionable development cycles, but beloved for its attention to detail and realism upon release. (This is apparent in its 70+ million total units sold). Unfortunately, in the 15 years it has been trying to perfect the driving sim formula, another series has swooped in and presented quite the challenge with a shorter dev cycle and more robust ideas overall.*

Its ok to have an opinion but if your not linking any form of proof then i dont see your point. Its nothing more then You said, he said debate. Forza Motorsport is a Simulator Racer and i have given you examples above. It competes with the best in the industry in that genre and has sometimes even out preformed them.

FM is still behind GT in terms of physics. There really is no match for Polyphony when it comes to sims.

And Turn 10 didn't develop Forza Horizon 2, it was developed by Playground Games.

It's a simcade. It's close and could be used to learn tracks or even quirks of a car but not everything applies when transferred to real life or life to the game.

GT6 still feels better than forza 6 at the moment as far a physics go but I'm waiting on my xobx one wheel to get here. It should be here in a few hours and i'll get back to you on that once i do.

Also, Did they review say if they used a wheel?