This is the kind of news I just shrug my shoulders at upon hearing about it. I have really no interest in fighting games or what console this game is exclusive to.

This sounds mighty deflective. Sony is co-developing this game, MS is not with TR. Plus, the conditions of exclusivity were different. TR went Playstation exclusive for the same reason Final Fantasy jumped ship to PS: Playstation was the market leader by a large margin and technical limitations stymied development for the Saturn (just like cartridges made it impossible to put FF7 on N64). Apples to oranges analogy you're making here.

And you're gonna write off SFV because of a bad port by a random 3rd party (Other Ocean Interactive???)? Is USFIV now a bad game, in general, because of this bad port? That'd be like saying "Anyway, after Bayonetta on PS3, idgaf about Bayonetta LOL" when some random internal developer at Sega made the PS3 version, instead of Platinum.

And did you not read the article at all? The Capcom rep directly responds to "comments saying that there may be a Super Street Fighter 5 on Xbox" with "But the reality is that this is a real partnership. We are console exclusive for this franchise for this numbered run"

They read the title, didn't read the article

I was being sarcastic with all the downplay you know. 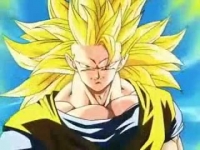 PS4 needs a fighter of this calibur as an exclusive. XB1 has Killer Instinct. Nintendo has Smash Brothers.

Yeah.... no, I will come but it makes for good PR towards the PS fans at the moment :).

To be fair, that third party exclusive practice dates back to the NES.

Heck, Atari/Intellivision/Colecovision were trying to get exclusive arcade ports over 30 years ago.

Which won't come to Xbox. That's what this article clarified.