It's not real, but the concept and the picture is real, i bet they will look different when it's finish. and it's not a rocket science that the company already researching and planed to make the slimer console in the near future.

What? Yes, somebody made up something and this is as real as it gets. Sure they will try to redesign the console but what does it have to do with the OP? Tamron put way too much work in proving this wrong.

He put like 5 minutes in, hes in the bath on his tablet.. lol
hes a product designer, he does this sort of thing in his sleep.

Again, too much work

Still nice to see that it is *proven* wrong.

Actually this is only true if the slim model actually has a disc drive. And that's the thing, i don't think it has. The opening on the side is much more likely a ventilation hole. Think about, a disc drive on the side of the device, that's not really practicall is it?

I'm not saying these leaks are real but they do touch a interesting possibility: an digital only PS4. Sony would make more money if games would all be sold through the PS Store and people owning such a system would not be able to buy used games.

As long as a regular PS4 with disc drive is available to choose aswell, there is no harm in trying. And if the didital only PS4 has a much slimmer look and would be atleast $50 cheaper, i think it would be rather succesfull. 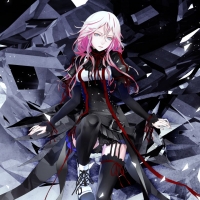 Too early and too small with the initial costs still high on the console. They won't do that till they start turning a decent profit imo. At least 2016

That's fake. That's smaller than the Wii U. I don't understand the clamoring for a PS4 slim. It's not the PS3, the PS4 is already a compact design.

If this was real why on earth would you put the codename and the real name on the same slide title, seems so fake.