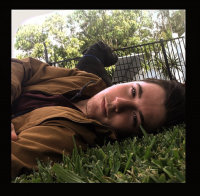 I swear his arms get bigger each game!

2 and 4 are definitely my favorites the things I like about 5 is the co-op and Chris Redfields redesign its better then that boring model in RE1 I wish they changed it for the HD REmake. RE6 is IMO flat out garbage tho leon had the best campaign it was still bad. Im looking forward to Revelations 2 but dont like that its going episodic.

For the love of God, play Resident Evil 4! That game is simply amazing! PLAY IT!!!

I remember that I shit my pants when I played Resident Evil. That was some intense shit! The second part also scared me to hell (anyone remember those hands coming out of the windows?!). The third part became a little bit more action loaded, but I absolutely loved it. You still had Nemesis which gave you real scares every now and then and you had a motherfucker of a difficulty if you played directly on hard. I squeezed out every last bit of that game, played through 13 times, finished all bonus missions with the best rating and so on. It is by far my favourite of the series.

It all changed with part 4. Everyone loved it, but I just didn't get warm with it. The controls felt so clunky and also, it just didn't feel like a Resident Evil title. I'm sorry, I just don't like it. Same with part 5 which I just played, because it was free on PS+. I never played part 6. Or Revelations. Or anything else newer.

I did play and enjoy Code Veronica, Resident Evil 0 and maybe some other spinoffs I don't remember right now. But all in all, to me personally, the series has just gone the wrong way. I don't feel like in a horror game, I feel like it's Call of Resident Evil. Shooting, shooting and more shooting. Boring.

Then again, I was like 12 when I played the first one. So maybe it wasn't horror at all and I was just scared because I was so young. Maybe children of today are scared when playing Resident Evil 6. I don't know. All I know is that to me, the series is dead.

Have you finished resident evil 5? I just killed the final boss, would have to be one of the hardest!!! was down to my knife

Yeah I personally loved RE4-RE6. Revelations was awesome too, haven't finished that one yet though. I didn't start RE until RE4 so I'm kind of a newer RE guy (been playing since 2005 so not sure if that's really new though

Well I have been playing for 2 weeks! so im pretty sure your not new haha! Revelations is great, finish it! which part did you get up too?

I started RE with 4 and loved it. Then played 5 co-op with my wife and loved it even more. Revelations was very good, but not as good as those two.
RE6 was awful, my wife and I stopped very quickly and never played it again, we were so disappointed.

Tried to play Code Veronica on X360, but couldn't grasp the controls so I gave up...

Looking forward to Revelations 2, but also to RE1 remake coming out in January.

Overall, I'm a huge fan, and don't care much for going back to the roots. RE 4 and 5 are perfect for my taste...

Not far at all, last thing I remember was shooting a bunch of wolfs as Chris.

Edit: Part of the problem though is that I can't be asked to go back to my 360 backlog. Like I have no passion to go back and play the games I haven't beaten yet. 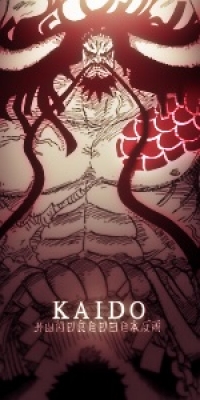 call me weird but i enjoyed 0 the most.

least enjoying 5 and 6. Revelation and 4 is still good though.

i prefer the horror, unsettling environments and shocking value (where enemies suddenly came out of nowhere and the music started playing out) than war zone, QTE settings like 4, 5, 6.

but still i will gonna play Revelation 2 and 7 when they come out later.