Forums - Sony Discussion - The dangers of purchasing games on PSN

As an idiot myself, I'll tell you : The exact same would have happened to me in the same situation.

I'm sure Sony would fix that for you if you called customer service. 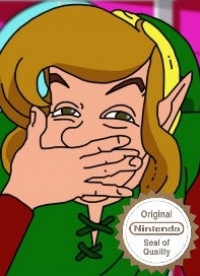 I went to the supermarket the other day and wanted to buy some oranges and so I walked over to the produce section and saw them all just lined up there in a huge stack!

And they were huge and very delicious looking. I was looking for the price and it was behind the stack, reading Grapefruit 99 cents. I figured it was just mislabeled because these clearly weren't grapes. So instead I went looking for the oranges sign, and there it was, right above a stack of oranges nowhere near as big as the ones I'd already found earlier.
I grabbed a clear bag and bought three since they looked so good.

As I left the store whistling, and peeling a fresh new orange I felt myself in such a good mood. I was waving at people passing by saying, "hey look at this orange it's so big!" and nodding and smiling. Some birds were chasing each other in the sky, and I thought to myself, "life is so great". As I finished peeling the orange, leaving a trail of discarded skins in my wake (who cares, the squirrels will eat them) when suddenly I noticed A cute girl was walking on the same path now though so I thought, "hey, be a man. Look cool". So, I put on my raised eyebrow look I do when I'm trying to look non-chalant, and as she got closer I took out a slice of my orange and ever so casually tossed it in my mouth.

Tears instantly started leaking from my eyes. I tried to swallow it as fast as possible so that she wouldn't see what happened. Curse you fucking orange what the hell is going on! I realized I was choking. I could feel all the blood rushing to my head and I started feeling faint. I looked up for the girl. Please save me I wanted to scream! She came nearer and looked away so I grabbed her shirt and pulled her to me pointing at my open mouth and gurgling. She screamed and fell to the ground, covering her head with her hands. My vision was going white, and I fell to my hands and knees over her, tears pouring out of my eyes as I realized I was dying....my heart was pounding so hard.

My temper flared and my pulse increased erradically. The beeping was infuriating. I grabbed an orange and bit into it, spitting it onto the floor, and crushing it with my heel. The rest was hurled at a speed I didn't know I was even capable of producing...popping into a gooey mess on the door. I grabbed another.

Suddenly a nurse appeared at the door hastely. Her hair was wild, and she threw all the papers she was carrying into the air and screamed "DOCTOR". I screamed with rage and tore through the cables that were plugged into my body, reaching for the orange bowl and shattering it on the floor, the shards of crystal splittered around me reflecting the oranges like some maddening kaleidoscope.
I grabbed another orange and ran to the door, chasing after the nurse. I drew back and pelted her right in the back of the head and she collapsed like a bag of deformed potatoes.

Drawing another orange I looked around for my gaolers. You sick bastards, you'll pay for this. But there was nobody there except myself, the orange, a bloody pool of crumbled midwife and..and...the full moon. I fell to my knees, crying. I had cuts everywhere and my body ached. I held the the orange as tight as I could and just squeezed. I squeezed until all that was left was a pulp crusted lineoleum and sticky fingers.

I heard from down the hallway "move move move". Several shadowy figures zigged and zagged down the corridor and i felt several sudden bites in my torso. Bright lights flashed in my eyes obscuring my vision and I howled raggedly at the moon and then...nothing.

I woke up something like weeks later it felt, in a hole in the wood under the side of where my house meets the garden. I walked in and took a bath....and just sat. Ahhh, finally that nightmare is over. Hah. What was I doing. I am so ridiculous. Maybe I should have gone about that differently, but whatever, what's done is done. Man. What a night! I'm going to have to tell my friends about this one. HAH If I can remember it all! I think Bill Murray was there at some point. lol I'll just tell them he was anyway, it makes for a better story. Time to relax. I'm just going to soak, change into my jamjams, make some poptarts, and play some video-games. I hear Sine-mora is good.

If this was Nintendo, I'd say call them and ask for a refund. But then I remembered that Nintendo's eShop shows you the correct games for your console you're browsing so this wouldn't happen in the first place.

Seriously, call them. I'm sure you're not the first person to fuck that up.

This is what I'd call beating the dead horse, but with style. Get yourself a pair of sunglasses.

That really should have just been a thread titled. The Oranges.

That game sucks anyways, I got it free on ps+ for my vita a while back. If you ever plan on getting a Vita in the future at least you own a game for it now lol.

It wasn't that it showed him the incorrect games, it's just that you can buy PS vita games on your ps3. He just wasn't careful enough.