its not retarded, It makes perfect sense. N64 sold 33m with Mario 64. Lets say It never released and N64 only sold 25m, that would mean 8m people bought N64 for that game, making It a big system seller. Now on the other hand lets say Mario 64 was never released and N64 still sold close to 33m, that would make Mario 64 a non factor In N64 sales. again like I said before, Its Impossible to tell exactly how many of those 33m bought It for that game but based on It having like a 35% attach ratio and being the best selling game of the generation makes me believe It was the biggest single system seller for N64. 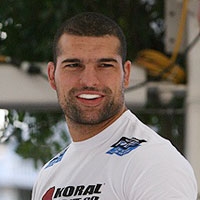 I had be happy with a Mario game every 12 months and so would most fans.

Don't tell me about rehash, there's been like 5 or 6 Uncharted, Resistance and Killzone games in a single generation.

The funniest thing to me is how low Killzone and Resistances sales are.  I listened to fanboys too much but once I looked up sales figures I just laughed.

Thats about how much real people actually care about Killzone and Resistance.  Uncharted has been a big seller (all 3 were 6 million) which is on the level of Donkey Kong Country Returns, so they sell pretty well, but people will get burnt out on those too.

?? that makes no sense and leads me to believe you dont know what you are talking about. there were 3 Resistance games for PS3 and a spinoff that wasnt evne in the same genre for PSP. 3 Uncharted games for PS3. pretty standard stuff. 2 KZ games for PS3. How about you actually refute his argument, trying to bring up other series that have nothing to do with the thread doesnt make him not right, it makes you look a bit petty. Hell you could at least get the number right next time. Even if that was accurate it doesnt make him wrong.

In the U.S., it sold roughly on par with the SNES (slightly less hardware, and slightly more software), and in Europe it sold only 1.8 million units less than the SNES (though the SNES only sold 8.15M there since Nintendo wasn't very big in Europe). Perhaps the biggest reason it sold less than the SNES globally was because Japanese gamers ditched it in droves thanks to Square and Enix jumping ship to Sony, who was the first big challenge to Nintendo in Japan (Sega was a bit player in the 8- & 16-bit eras there). Mario, Dragon Quest, and Final Fantasy were the three biggest franchises on consoles by time the PS1 launched, and when forced to choose when the latter two moved to a new system, most chose the JRPGs and thus bought PlayStations. Nintendo lost big-time in Japan and Sony gained a lot. That one can be blamed on Nintendo, though, because they insisted on sticking to cartridges when many devs, including Square and Enix, wanted discs, which had more space and were cheaper to manufacture.

But considering that A) it was by far the best-selling N64 title released in 1996, and B) a third of all N64s in North America had a copy of SM64 attached to it, I'd say it was a definite system-seller, and one of the reasons why Nintendo was able to maintain steady sales in the region.

You're dealing with what if's, I'm dealing with what was. Mario 64 was not the system seller Nintendo hoped it'd be. Hell because of Gamecubes low installed base it had an amazingly high attach rate. Didn't stop the Gamecube from being a failure. (Admitted by Iwata btw) 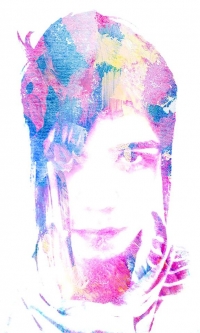 I think its funny how you guys are saying "Its not selling as Nintendo was expecting." Does any of you work at Nintendo and knows how many units Nintendo was hoping to sell and for how long? --'

The best thing they can do now is to cancel Zelda U and have all those people make four games (or more) in the same time.