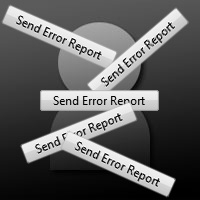 I heard Mirrors Edge 2 is in the works:
http://www.computerandvideogames.com/379831/mirrors-edge-2-is-in-production-at-dice-claims-former-ea-studio-boss/

I hope they make a NFS:U 3. NFS only went downhill after they moved away from that series. 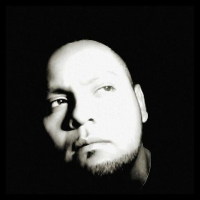 Not sure what your getting at, but I really wanted to see EA defecate on Nintendo.  Would have been hilarious.

Look at what has been dropped and in the future what will be dropped, Im not sure its a big deal.  Tho, blaming EA for this is kind of silly.

LOL, sure, if a company makes losses or winnings are reducing, the share holders will give the CEO a hard time or fire him. That did I say before. But they don't care about minor losses or missed advantages usually. Nintendo get's criticized for many actions (and I agree in many cases). Do you think the CEOs of other companies have to work always rational, but Iwata gets away with emotional decisions? No, they all mix emotions in, they all make errors. It is fine, as long the company makes overall winnings.

EA could have made massively more winnings, if they had dropped some minor game and instead had developed something like Just Dance/Zumba for Wii. But Gibeau and Riccitello decided, that it was not worth to develop for Wii. Clearly a decision made with more emotion than ratio, as clearly games could sell on Wii, if you made it right. And I can't believe one second, that EA was unable to develop for this. But it is OK for the shareholders, as long as yearly franchises like FIFA make millions.

Do you believe in the tooth fairy? As Ubisoft decided at first, to make Rayman Legends an exclusive for WiiU, that was a hellish stupid decision. And I'm pretty sure the emotions after a presentation of Nintendo how cool the new system will be were guilty for such decision.

But sure, thinking CEOs are unemotional completely rational robots during their work is pretty plausible.

I work in a large firm. I don't need to "imagine" what a CEO is like.

Your argument is simply based on ignorance as to how large firms function. Clearly you also aren't aware that CEO's aren't dictators - there's a board of directors to make sure they don't do anything loopy.

You keep you tinfoil hat theories. I'll base mine on experience and reality.

You really don't understand the stock market and how companies work. Every single move has to be rationalised. Not some, but all. You can't get away with small losses, and cutting out someone as big as Nintendo is not exactly small.

Look at how Nintendos stock is doing. I think that says it all (and don't forget, Japanese companies are different due to the extreme authority a boss has). Also just find me ONE yearly report and opening from the CEO which talks about emotions, but then again I have a feeling you have never read one have you ? ^^

What proof do you have that EA could have made this huge profit? Madden on the WiiU so far has failed horrifically so you don't really have a leg to stand on.

Plus, you never say what emotion or why? Why does EA for some stupid reason hate Nintendo? Are they old playground rivals, or just 2 companies?

Interesting. Did that game even sell enough to make another sequel?

I can only presume that considering the date of that link that another Mirror's Edge is in the works. Personally I thought the game was brilliant, although let down by a few technical issues.