Forums - Nintendo Discussion - Wii U is now 1 month old and has sold 1.8 million units. How is it doing?

How has the Wii U performed so far?

And what would "bad sales" be?

So would you consider the launch of PS360 to be rubbish? The Wii U is currently selling the combined numbers of PS360 - that's pretty good in my book, and only trading behind the Wii by a fairly small amount...

Once you go black, you know ;)

and making profit per game.

The others had to wait years.

Mean while second week sales for Japan were released by Media Create, it maintained some launch momentum and was only outsold by the 3DSLL, I have a feeling in this gen Japan will be very heavily Nintendo dominated more so then before. 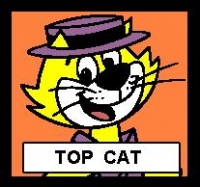 Until we see a confirmation for a Wii U compatible version of the engine, we can only assume that it would be able to run it. Until then, the only Unreal Engine version compatible with the Wii U is the UE3.

So far so good for me. Im a busy guy personally, and have more games than I have time to play them. I just beat Xenoblade last night and I've had the game since it released in North America. Blops 2 is sucking up the rest of my time and for a few hours a week I play assassins creed 3. There are so many great games on the console already that once I am done with those two games I have plenty to look forward to. The next few months are also promising. Pkimin 3 imo is the best looking console game Ive ever seen, and Lego City Undercover, Aliens, Monster Hunter, and Rayman also look like worthy additions to the library.

Miiverse is just plain awesome what else can be said?

And backwards compatitiblity with my Wii stuff helps a great deal. All in all its a great console, with one of the best launches in history and a future that looks bright. The 8th generation is going to be most interesting imo simply because of all the contenders. Tablets, Steambox, PC, Sony, MS, Nintendo. Thats alot of people vying for your dollar. I think exclusives are going to really sell consoles this year and so far Nintendo is doing pretty good on that front.

That's like saying until we see confirmation of the PS4/Next X version, it's only for PC.

But you are correct that the latest UE version publicaly known for Wii U is UE3.  But how does that fact disprove Marc Rein's own statement or my original post about ports?