I skimmed through the article....but I get the feeling this is a sales vs quality/reviews thing..
I just think that GT5 got so low reviews because of the delays.

Lower reviews don't necessarily indicate lower quality. In fact I'm a fan of what GT5 has done. Long-term support through DLC and patches. I'm sure it is a much better game now than it was at release(not saying it was incomplete though) GT5 is a HUGE game so I don't see any reason to have yearly releases. I don't even think its working for Forza. Look at the sales, they go down with each release since Forza 3. Considering the increasing costs of next-gen games I think the Forza devs will have to follow the GT model. I just can't see them releasing a new Forza each year on Xbox 720.

Ignore my comment if you want. I haven't even played Forza and I barely touched GT5 as it is a bit intimidating.

These days? False! Thats all I ever did

Im not fully sure. Not seen the team. Been really unlucky with injuries and suspensions in the past 8 or so games.

The problem were having is the lack of a fit, Championship quality striker. Vaughan and Beckford have spent more time injured than playing... Church isnt up to it at all and needs to be sent back asap. Novak and Lee, while alright, arent exactly Championship quality. Add in Scannel and Southern being injured/suspended and the squad players being players who struggled in L.Q then you have problems.

4 Points off playoffs and Rhodes money to spend in January... Im quite happy really despite 2 points from 5 games.

How are your bunch doing?

Your own personal circumstance does not prove that it is a console seller. When I said nobody, I meant a very small percentage of people bought a 360 simply to play Forza. Again, supposition. Still waiting for data.

Interesting, but if you think people are shelling out an additional $200 minimum just to play Forza, I think you'd be hard-pressed to prove it. Again, I'm asking for hard data.

ha,brilliant from sales posting as a ghost in the forum,lets give this generation some charts 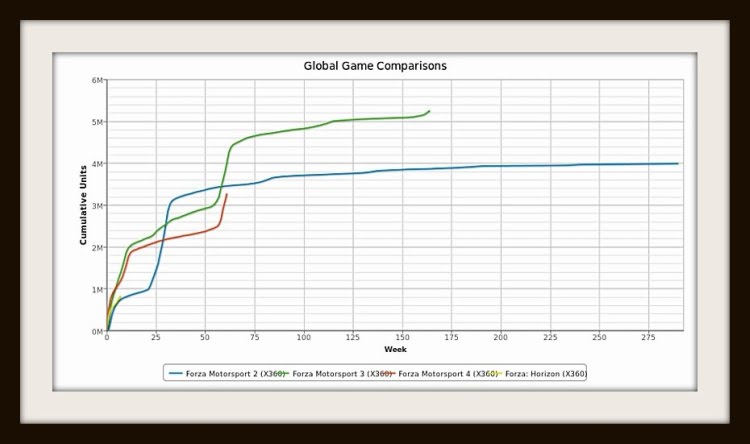 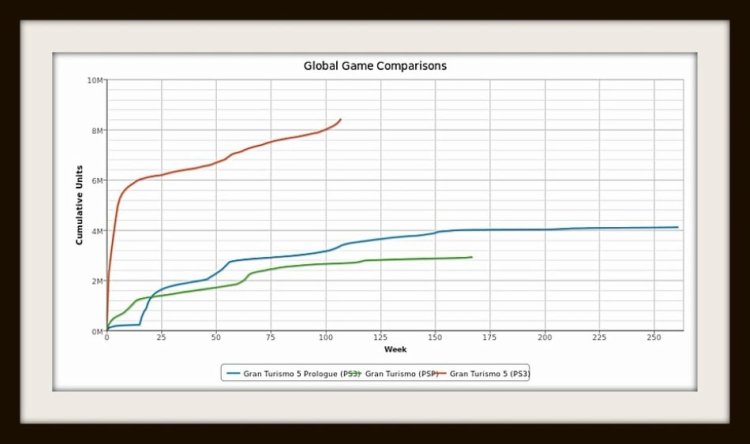 2 Best Sellers from each 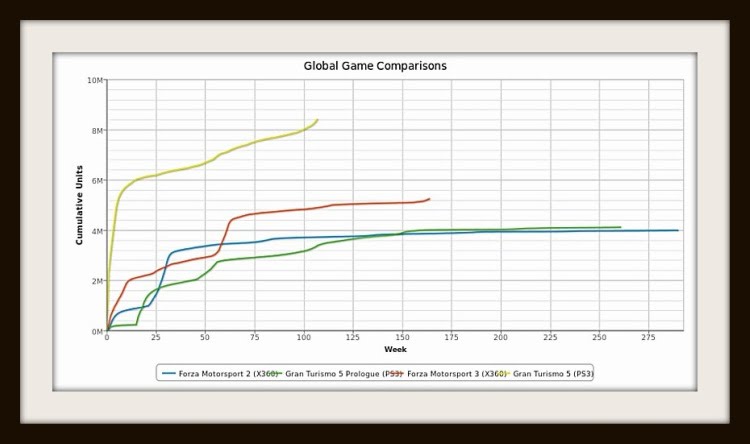 You didn't mention console seller once, you just said that there isn't anyone who has bought the 360 for Forza and that's what I'm responding to. Your phrasing needs work if you can't get across what you actually mean.

Stop asking for data that doesn't exist. Just look at this with common sense. The Forza franchise has sold over ten million this generation. Wether or not that was because of bundles or not doesn't matter, it was still introduced into the hands of the people who bought the system and are therefore going to tryout the game. Out of the millions and millions of people who have been introduced to this game through whatever means there are now going to be a big dedicated fanbase.

If you need facts/data to understand this then oh well.

I'm gonna tell you right off why i dont care about Forza but i do about GT (in very far between doses for me. GT1>GT3>GT6?).

I can drive in 3rd person in GT and when i tried the demos of Forza i could not. I dont like driving inside the car (i do that IRL already thank you). I like seeing the beauty of the cars. GT is about Sexy cars. Thus i find it more appealing than Forza (even if since they have added a 3rd person camera. Dont really know).