But if you haven't seen it yet, here's a clue:

When this game came out in 2003, it was the first game in the series to be set in the future...

Ill be posting a full top 50 list in this post as well as posting them individually day by day. No problems right?

Well, I've made my first game post now; Bit.Trip RUNNER. 49 should be a little more interesting and well-known; even if it is from around 15 years ago...

My number 50 is posted, oldest game on the list.

This was great, once upon a time.  First use of deathmatch game mode? 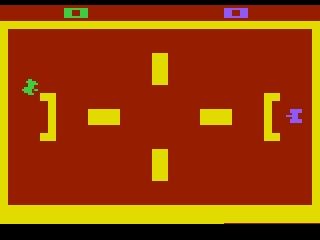 Tomorrow is a game that recieved a remake, though similar enough to count both in the same slot.

My next game is a Rhythm game, one of only two on my list. When it's at its best, GTA is a fantastic franchise, and this was one of the finer moments in the series. Rockstar might as well have called it GTA: 80's, because the game is packed full of pop culture references from the period, including multiple references to Miami Vice and Scarface.

My 49th game is the second game in a fairly well regarded series with just a handful of entries, that originated in the mid-late 90's.