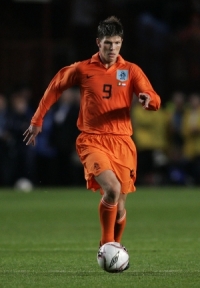 this is a feeling question.
imo people should do what fits the situation.

But Crono, you're then raising the question of what constitutes viability. If an artificial womb existed as an option in medical technology, why would a human using it not be classed as viable whilst one using e.g. a life-support machine would? Viability means the ability to survive outside the mother's womb (dependendly or otherwise [though of course no baby really could survive entirely independently]).

A child is dependent for a long time after birth however my opinion of viability is that the child must be breathing (independently or no) and must be able to survive on food admitted orally rather than intravenously.

Wow this thread creates lots of sad and fail... It's funny how people think they're superior and more intelligent because someone else has a different opinion on something that can't be exactly determined.

Except we do have names for those stages. When the tail falls off, its a frog.

But I thought we were arguing fetuses here, not amphibians. There are clear beginnings and ends of "Fetus", but the distinction of humanity is much more vague. So the only times we can easily make a distinction is as birth or at conception. You are uncomfortable with this fact because that either makes you a monster for believing its OK to abort a 9 month old fetus, or it makes you wrong on abortion rights because then humanity would begin at conception.

"If an artificial womb existed as an option in medical technology, why would a human using it not be classed as viable whilst one using e.g. a life-support machine would? Viability means the ability to survive outside the mother's womb (dependendly or otherwise [though of course no baby really could survive entirely independently])."

So, what you are saying is, that if a baby is born prematurely, by several months, and would not be able to survive but for the life support that medicine can now provide, isn't viable, and thus, isn't human.

You can't argue viability as a requirement for humanity. If you do, that means plenty of pre-mature babies (who aren't viable except for the medicine we now have) AREN"T HUMAN. I know this isn't the argument you're trying to make, but it is the argument you are making.

Is there any value in human life? No. Thus, there is nothing wrong with "murdering" a fetus.

Does that make it right to kill a man? Well, no, but it doesn't make it wrong either. One could make an argument against murdering sentient life. I, however, would not be one to make it.

Until you stop trying to shove your black-and-white, all-or-nothing assumption down our throats no progress can be made here.

(Note that I am not pushing the viability argument myself, but Crono's criticisms of it are just stupid or blind.)

For instance, here's a newsflash on your frog analogy criticism: THE TAIL NEVER FALLS OFF. (At least, that's true for many species.) It gets absorbed/retracted into the tadpole/frog's body in the course of its growth. So when is it no longer a tadpole's tail, but the frog's butt?

um actually, what I explained earlier was basically the OPPOSITE of what you're claiming I said.. In fact, everything your claiming is said by pro choice people is actually used by pro lifers.. Pro lifers are the ones who attempt to define at what time during the pregnancy does the developing fetus become a human when there is no science behind it to back it up. If I read this wrong, please let me know, but that is what I got from reading this... I recognise that everyone has their own view of when a fetus is a human baby and that actually strengthens my main point as to why abortion should remain legal.

Everyone only has their own unique personal perspective, but there is no scientific fact to claim when a fetus becomes a baby. This is why making abortion illegal would become problematic because there would need to be a precise definition of when during the pregnancy the fetus becomes a "human" baby. Making abortion illegal would require the government to designate a specific time in the cycle in which the procedure goes from birth control to "abortion." Where do you draw the line? No matter how early you draw the line, there will still be some extreme pro lifes out there that want to make it extend even further, and soon we'll be banning birth control pills because they stop a potential baby from being born.

To me, what makes a fetus a "baby" is being born. It's logical, it makes sense, and it is a solid definite time. Otherwise why do mothers when pregnant say I'm GOING to have a baby, rather than I have a baby? I know this is stretching it but I'm just trying to make a point. Now this doesn't necessarilly mean that I believe late term abortions are no worse than getting an abortion earlier in the pregnancy, but to me a fetus is a baby when it is born. End of story.

So, according to that logic, it'd be ok to terminate a pre-mature baby, as long as it required medical attention to stay alive. Nice.

"(Note that I am not pushing the viability argument myself, but Crono's criticisms of it are just stupid or blind.)"

If you think the argument is stupid (as do I), then why do you insist on defending it? Its a horrible argument, and it doesn't warrant any kind of defense.

"Until you stop trying to shove your black-and-white, all-or-nothing assumption down our throats no progress can be made here. "

Then when does a fetus become a human being? I guess arguing this point with you is moot, since you seem to contend that sometimes, even after birth, a baby isn't a human being, and can (or should) be dealt with as a sub human creature.

The frog criticism doesn't really matter, because with few exceptions, a frog is never a human being.


After reading your rebuttal, I'm having a hard time figuring out just what exactly your position is. You first say my argument is stupid, then you say the argument I was attacking is also stupid, then you bring up frogs, which have absolutely nothing to do with a fetus.

"Everyone only has their own unique personal perspective, but there is no scientific fact to claim when a fetus becomes a baby."

I freaking hate relativism. "Anything thats good for your is ok!" This is the most moronic perspective to hold. Its not a slippery slope, its a goddamn cliff wall. So there's no such thing as right and wrong. Freaking scary.

Not everything is fucking defined alright? No there is not always such a thing as right or wrong. Is killing an orphan to save a hundred others right? Is sacrificing an army of thousands to save a nation right? Not everything is in a clear section of 'correct' or 'incorrect' just like not everything is 'frog' or 'tadpole' or like everything is 'fetus' or 'person'. Many things are progressive, not sudden. A tadpole slowly changes into a frog just like a fetus slowly changes into a human, somewhere along the line you can say 'alright lets stop doing abortions here' but thats not saying that what you are refusing to abort is completely human, merely human enough.
You cannot say that a fetus at conception is a human because it clearly isn't. It in no way whatsoever resembles a person. It cannot think, move, breathe, eat, it cannot do anything. In the same way you cannot say that a baby 9 months into a pregnancy isn't as it so clearly is, it has the ability to eat breathe think move.

You are treating humanity as something which comes suddenly and as such the only logical points are at either end but humanity isn't, thats where you are going so badly wrong.