@bold. The saving the cost of paying for a whole new console.

@"it never happened before therefore it doesn't happen". I know you realize that isn't proof. It's evidence, I'll agree, but it isn't proof, and my "push" argument stands against those examples that were often near failures in terms of push, timing, marketing and so many other factors. The 64DD being the biggest failure of them all in my view, glad you brought it up.

I can't see who posted this thread. Is it a glitch or something?

Then why did you post it?  It clearly has ZERO relevance.

There is not one single example of a hardware add-on receiving significant software support.

The 3 most successful hardware add ons are Kinect, Wii Balance Board and the N64's RAM expansion pack.


Kinect because it has the most number of titles that support the add on: ~130 upcoming and existing games.

The Wii Balance Board because of the number of units sold: ~34 million units sold.

The RAM expansion pack because of the percentage of total system games that supported it: 15.5%...60 games out of 387 titles.

Significant support is subjective though. 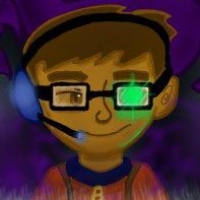 I take it this way: The next gen doesn't start until more players are in the game. I don't think he's really knocking WiiU or saying it's going to substantially underpowered vs next-box or PS4. In this economy even, Microsoft and Sony (especially the latter) cannot afford to incorporate super cutting edge of latest technology.

No doubt in my mind that WiiU will be the least powerful of the other two. But it's not going to be an ocean like everyone is declaring judging by what we know about the WiiU so far. It was good for Nintendo to have a system as conservative as WiiU. I don't think cutting edge/latest tech is what is going to drive the gaming industry forward. Development costs are too high and there's been a surge of amazing indie developers making fantastic games and not breaking the bank. I like the direction Nintendo is going with WiiU. They don't follow anyone. They do their own thing. Else they'd just be bland and would have a disadvantage considering there are only a gaming company vs a multimedia company like Sony. People need to keep those things in mind. The iPhones and iPads don't go for super power like lots of Android powered mobile phones. They go for simplicity and accessibility which is what mobile devices are for in regards to the iPhone at least.

Though, I'm not a huge fan of Apple (mostly the patent whoring and designing a mobile device out of glass), they are really prospering by doing their own thing their own way which is why lots of people compare Nintendo to Apple a lot. Except, Nintendo likes to annoy people with holding things back and keeping hush hush about things when they really.. well, shouldn't.

I'm going off on a tangent. But anyways, looking forward to WiiU and the other next gen consoles. It's going to be interesting. Wonder if Microsoft and Sony are going to keep things the same or do something different...

My fault, was reffering to another post, but quoted you instead. :(

fair enough and i was talking fidelity

Basically, you can't have a home console generation with only one entrant, so even though it begins with the Wii U, it doesn't begin in earnest until there are at least 2 competitors.