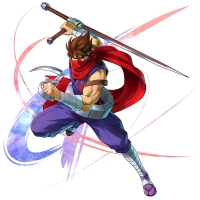 Also keep an eye on the following must to come:

The games i actually have:

I will always accept you. You're my boy.

You did the right thing. Now, the healing can begin.

Oh, and don't listen to anybody in this thread. Don't buy anything, for now. Just savor that sweet, sweet flavor of awesome 3DS games. You'll know what to buy when the time is right.


DO NOT LISTEN TO THIS - Unless you are a Omega Force fan do not purchase this crap.

You can probably skip Pilotwings. It was fine as a launch game, but it's lacking compared to the other installments in the series.

It also sounds like you could benefit from buying a Circle Pad Pro. It makes the system a bit larger, which should help with its comfort level. Portability might be affected, though.

As for games you would enjoy now, I recommend browsing the eShop. Most games have trailers and descriptions, and they tend to be pretty cheap.

If you're into pinball games, Zen Pinball has two fantastic tables (and two mediocre ones, but the good two are worth the price of admission alone).

Mutants Mudds was a surprisingly fun old-school 2D action-platformer. I sunk about six hours into it, and enjoyed most of them.

You'll have access to almost the entire DSiWare stuff too. 98% of it is dreck, of course, but it's got stuff like Cave Story, Dr. Mario, Tetris, and Rayman. I'm also planning on buying Dark Void Zero, Space Ace, and Zenonia. I'll let you know if they're worth it.

Virtual Console has some goodies in it too. The first two Mario games are there, and the third is probably coming soon. Gargoyle's Quest is a good pick up as well. Steer clear of Blaster Master though: it's nowhere near as good as the original.

Finally, make sure to give me your friend code.

You should generally steer clear of the 3D classics, though: the selections they've made so far aren't particularly stellar.

Since you already own MK7 and Revelations, i can recommend to you Super Mario 3D Land, Ocarina of Time 3D and Kid Icarus: Uprising. Those five titles are my personal must-have list on the 3DS right know.

Then you might want to check some tier 2 games: Dead or Alive: Dimensions (really great fighter, almost as good as SSFIV and it feels like a complementary experience to the capcom game), Starfox 64 3D, Tales of the Abyss and Metal Gear Solid: Snake Eater 3D (bear in mind that those three are ports)

there are some nice things on the eShop too. Pullblox (Pushmo in the USA) is a must buy puzzle game, and Mighty Switch Force is a great game, even if a tad short. Most 3D classic games aren't worth the money, but you should at least check out Kirby and Kid Icarus.

Last but not least there are lots of classic gameboy games to try. you should at least get all the Mario Land games, Zelda: Link's Awakening, and Donkey Kong (this one is really great!) 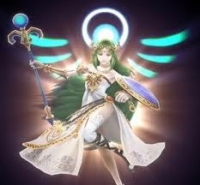 You must get Uprising. In fact, don't. You'll be playing Uprising so much that you won't have time for your other games. Haha

If you haven't done so, buy Rayman Origins when it comes out for 3DS 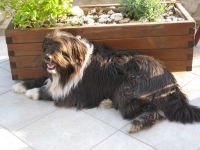 Samurai warriors chronicles is a very long and high quality experience, very far from a "crap". Thanks to guys suggesting me the absoluter surprise of Nintendo 3DS launch games, the best game before MK7 arrival.