Forums - Sports Discussion - 2018 Major League Baseball!!!!~ You have what it takes? Cubs lose, Rockies move on in a game that went on till after midnight

Who will be World Series Champions?

What does everyone think about adding two more teams to the wild card? I think that is the only chance that The Cubs and some other smaller teams will ever make it. Still, do we need anymore wild card teams? If you do not know what I am talking about check out the 3rd post of the thread. 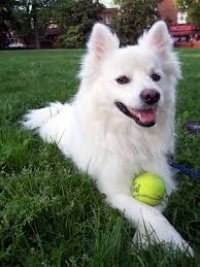 It is the last regular season game.

Sorry Truther, I was out and about and did not see this until just now. I just have last season up for now. I will update it as the season goes along.

Rangers. Such a strange team. They were strong in the 90's and went to nothing, now they are back again. But now the Astros are horrible. But I will never complain. I would rather the Rangers go all the way than the Angels. ACtually I would rather the Mariners go all the way. Unless you are a Mariners fan no one knows how hard that 2001 season was when we tied the record for winning games, then did not make the W.S. Devastating!

Anyone a Phillies fan here on vgchartz? I would have to go find the old Baseball thread from last season to see if anyone was.

I always thought that too few teams made the playoffs in baseball, so I like it.

They could put in six more wildcars in the NL and the Cubs still wouldn't make it.

I actually think that the way things are set up now are perfectly fine.  Since there are 3 divisions in each league, a wild card is needed but we don't need more than that.

I'm not so sure that Brad Pitt is much of a GM anymore for your A's.  I hate to break it to you...

Hey Baseball Fans! I've been a fan since I was little. I live in NY and I am a huge Yankee fan. I was a kid during their last dynasty in the late 90s so not surprising. It is going to be an interesting year since the Yankees actually have a good starting rotation.

I haven't been following the MLB as of late. Is Brett Lawrie still the Blue Jays only Canadian player?

If you are Rainbow Yoshi, then I am really surprised that you knew anything about Baseball at all.

Thanks for stopping by! We will see how the Yankees do this year, by the way....do you know any Mets fans?