Forums - Movies & TV - Viggo Mortensen does not expect to be back for Hobbit. Update "Film being shot at 48 frames per second!"

If this is true, it is too bad! I enjoyed him the most out of all the characters in the New Line Funded Trilogy.

It would be nice to see him again, even if it was only for a little while. But coming from his own mouth Viggo does not think that this will be happening. Here is the story below:

LOS ANGELES (TheWrap.com) -Viggo Mortensen doesn't expect to reprise his Aragorn character in the next installments of Peter Jackson's "Lord of the Rings" series, the actor revealed to Movies.com.

The news may not surprise those familiar with J.R.R. Tolkien's "Hobbit" novel, as Aragorn did not appear in it.

However, Mortensen told the movies blog that producer Peter Jackson had approached him about the possibility of appearing in "An Unexpected Journey," the first installment of the two-part prequel series.

Mortensen said he would have been willing to participate. But as it stands now, "I'm not in it unless there is some last-minute plan they have. But I thought I would have heard of it by now ... Aragorn is half elf and also lives a couple hundred years or more and he could be in a bridge, but I have to assume it isn't going to happen."

While Mortensen won't be reprising his role, a fleet of other familiar faces are involved, including Elijah Wood, Ian McKellen, Cate Blanchett, Christopher Lee and Orlando Bloom. The cast could be making an appearance in theaters sooner than expected. A trailer is expected around Christmas, Gollum actor Andy Serkis told IGN. "It's just around the corner," he said.

"The Hobbit: An Unexpected Journey" is due in theaters December 14, 2012. Its sequel, "There and Back Again," has a release date of December 13, 2013. Jackson has been posting production updates at TheHobbitBlog.com.

My everything is ready.

I don't care if the trailer is showing with When Harry Met Sally 2, I will see whatever movie that trailer is on! Trailers on the internet do not cut it, compared to the theater. :)

This was all I was able to find so far.

I did'nt know they were doing a prequel thing. I liked the lord of the ring series,but I did'nt love it.

I am looking forward to this very much. The LOTR movies were magical. 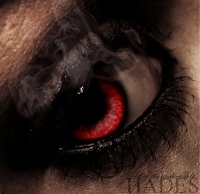 The Hobbit and The Dark Knights Rises trailers are going to be shown with Sherlock Holmes: A Game Of Shadows

This has to be the best news I have seen in a long time. I am a huge Sherlock Holmes fan, and have been looking forward to the Hobbit since it was announced.

"It's a dangerous business, Frodo, going out your door. You step onto the road, and if you don't keep your feet, there's no knowing where you might be swept off to."

Why the heck would he be in it?

Aragorn wasn't in the Hobbit.