When do we usually get MS stuff and Sony stuff?

Wii is up YoY? October last year must have been awful. 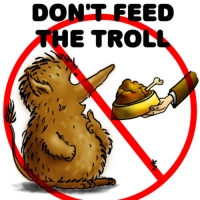 DS is still selling nicely
3DS hasn´t exploded yet in US
Wii is all about Nov/Dec this year, but still solid numbers

Waiting for them PS3/360 numbers, anxious to see both Sony and Microsoft PR, I think we will see some funny statements, as always.

Anything happened?
Usually we see Microsoft bragging all over the internet an hour before data tickles in about total world domination. Now nothing?

Either the 360 was outsold but the PS3 or the 360 did so well that Greenberg swallowed his tongue and died.

Wii up YoY.. first time this year? It is heading to the holidays at $150, with possible $100 deals, so I can imagine it matching last year's numbers. And solid 3DS numbers considering the lackluster software releasesHD consoles performed

“Based on historical seasonality trends, new physical retail sales of video game hardware, software and accessories should come in flat to down by as much as 2% once full year sales are in,” she added.

“On an average sales per week basis, October 2011 unit sales of 3DS, DS, PSP, Wii and Xbox 360 platforms all saw an increase over September 2011, which was a 5-week retail month (Oct'11 was a 4-week retail month),” she added without mentioning PS3.

Of course, October is just the start of what's going to be a very tightly packed holiday shopping season for the games business. November should be huge. “Between Uncharted 3, Call of Duty: Modern Warfare 3, Elder Scrolls: Skyrim, and Zelda: Skyward Sword, I expect November to be a huge month for new physical retail sales,” Frazier said.

Here's the top 10 best-selling games list for the October period: