Does it have that bullshit shooting under the table politically correct version added too ?

Greedo shoots first, my Han kind of dodges it...

Because he's the kind of dick who does stupid shit to ruin his own movies (probably out of a subconscious envy for his younger, more talented self) and then goes and wears a shirt like this:

I'm with you on this. My impression is that Lucas is trying to create symmetry between prequels and sequels. Not that I support the tinkering, but do not see it as such a big deal.

If he wanted to create symmetry between the trilogies all he had to do was to do the prequels right. Not doing an half-assed job and then changing the perfectly good original trilogy. He had 20 years to write prequels that match perfectly with the first films but I guess that wasn't enough for him. 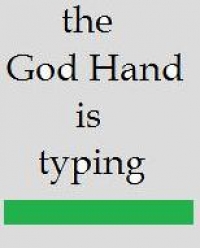 saying George Lucas doesn't understand plot development is pretty stupid. Really stupid actually. Stupid on a sorta Death Star level if you can grasp that.
While the man might have lost touch a little and released a trio of saga damaging prequels to the original Star Wars films, having to listen to some video-game playing, VG posting, I took a couple film classes in school and now I know better, twenty something is kinda irritating.
Seriously, are you suggesting that you understand the intricate machinations of plot development better than George Lucas?
get a grip dude.
while you may not like the prequels (and I'm with you on that... he was years past his creative prime, happens to all artists regardless of the medium) saying that the guy who gave us the original Star Wars movies and Indiana Jones flicks doesn't understand plot development is kinda like saying the Rolling Stones don't really understand music.

the above post was for
HappySquriell....
but because I can't get these forums to work right for me; can't quote people, edit my posts, use Rich Text... etc... I'm forced to actually write the person's name I'm responding to. Annoying.

Anyone know exactly why I can only seem to use Quick Reply on these forums?

The noooooooooooo was all that was missing ;)

It has been well known since the Temple of Doom was released that George Lucas is the "Idea Guy" behind the writing of his movies, but he is not that strong of a writer in his own right. In the absence of a strong writer who is able to stand up to George Lucas and make the correct decisions you end up with the Star Wars Prequels or Indiana Jones 4. You don’t have to be a great writer to know that these movies are horribly flawed, and far worse than the movies he made in the early 1980s.

Well, I mean something that he is actually directing and writing.  Since he's only producing, he still has enough time to roll around on his bed of money, dreaming up new ways to fuck with the original trilogy.