Thursday is the place for NBA on TNT. Effin aye! And Person of Interest which I DVR every week.

How i met your mother! BECAUSE ITS LEGENDARY

My current favorite shows are:

Shows I used to watch before they stopped:

Anyone here watch The Killing? Comes back this Sunday.

Deadwood would prob be my current favourite as I just started watching it. Why?, cause it is set in the Old West and it is another great HBO series.

i thought the show was ok i like the guy who does the narritive on GR more than BSG i bit more seriours and think GR does a better job of showing how gold is recovered.  as for the last two  revisting episodes and the crazzyness you say i think it was a bit staged the fist fight at least, yeah Scott is the man i dont think i would be intrested in the show as much if he wasnt on so hope he returns next year.

no i havent not seen ax men, the thing that i like about these two shows is that it shows guys who think they are the shit and will get alot of money recovering gold but by the end of the season they fall short of there goals and also some of the chareters are very cool/unique weird ex. scott, tony beats, the whole parker family, tod hofman, dakota fred, steve pomrenke and i like vernon adkinson's accent

idk about all that 1000 oz. is alot i think is just over 1.5M and there season is shorter i think it was 3 months and they cant go out all the time. so fuel cost ect. shouldnt be that high, the cast form GR didnt get much they have a 6 month season and believe dakotas son pocketed less then 10k dakota made 20k and the whole hoffamn grew each got about 6k besides dakota amount thats pretty crappy if you asked me 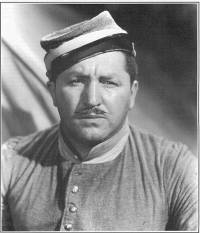 hope fringe is done im getting tired of it, i thinks it has been exhausted, i only liked season 1-3