I sometimes watch Star Trek, Farscape, Seinfeld, The Simpsons.... I am not really a fan of TV shows.

Figures I decide to get into Alcatraz, a show that needs many seasons to reveal itself fully, and it's about to be cancelled in its first season. This is why I prefer waiting for shows to finish, see reviews, them watch it all at once.

booo, my kids and myself kinda like Terra Nova. I was interested on the final twist, though I do admit much of the season kinda dragged on. 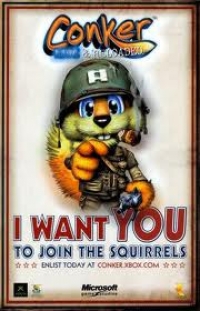 This, and everyone else should too.

I thought i was stoned the first time i saw Adventure Time, crazy fun show. And Mad Men is pretty awesome too, its about people working in an advertisement agency in the 60s mainly focusing on the main character Don Draper, it starts off kind of slow but the character development is phenomenal, it's a great drama series.

I can't wait for Mad Men and Game of Thrones to return. The only new network show I watch is Person of Interest. It's pretty decent and I hope it doesn't get canceled.

Terra Nova is one of those show that would've been better on cable. Monday is going to empty next year with no House on either.

I'm disappointed they cancelled TERRA NOVA. I really enjoyed it... andi hate cliffhanger endings like the one the series has now.

When is community getting cancelled, long over due. Walking dead season 2 is a bit of a drag. Cant wait for Game of Thrones season 2.